What are YOU most HYPE for Tower Unite!?

Yep, groups are just good for queuing up with friends in one gamemode.

So, today I found about the campaign.
Inscribed brick is at 75 dolla
Better go bother my mom for some work

There are very few things more painful than waiting in queue for hours at a time for a single game then after the game is launched getting booted for whatever reason the GMod disconnect message has.
I’m hoping that Unite will have this kind of thing fixed.

Aside from what I guess is considered optimization, I’m hoping for new thrid person animations. Every single pose, movement, reload animation, and action is derived from what animations were ported from Half-Life 2. Seriously, the Lay animation is reused from a zombie laying on the ground in Half-Life 2, same goes for the Lounge animation. Fingers are spread in a jerked fashion, back is twisted, legs are uneven, and the head is angled. Reload animations are all the same, all shotguns use the same animations from the Half-Life 2 Shotgun, even if the shotgun is break-action instead of single-load, pump-action. I’m hoping that the thirdperson animations are improved in Unite, and that poses like lay and lounge are made to look more natural.

But I liked to lay like a drunk zombie :(

Our animator will be making new animations from scratch.

Question, will we have access to console, or will it be disabled like on the new BR Demo?

I hope we WILL have access to the console. How is a game complete when it doesn’t have a developer console?

Having a not-Source engine run it. c:

Less lag is a big thing for me. It’s hard to get friends into Gmod Tower because of lag issues. Even if I do get friends playing Gmod Tower, they usually never want to hang out in the lobbies or condos because of how laggy it is, meaning we are limited to the gamemodes only, which take a long time…

Meh, I am pretty sure it’s better for all of us.

I’m personally looking forward to the smooth performance on an engine that isn’t a 15 year old bottle neck. (there is a reason Valve is making Source 2)

That alone will multiply the Tower experience by about 10 for me. The idea of having even more gamemodes and shit to do while not in the gameworlds is also a very pleasant thought.

Less engine limitations. What Pixeltail will do with it as the game gets updated is what I’m excited for the most.

I’m excited that I get to actually connect without waiting a millennium. And bowling. I like bowling.

Less engine limitations. What Pixeltail will do with it as the game gets updated is what I’m excited for the most. 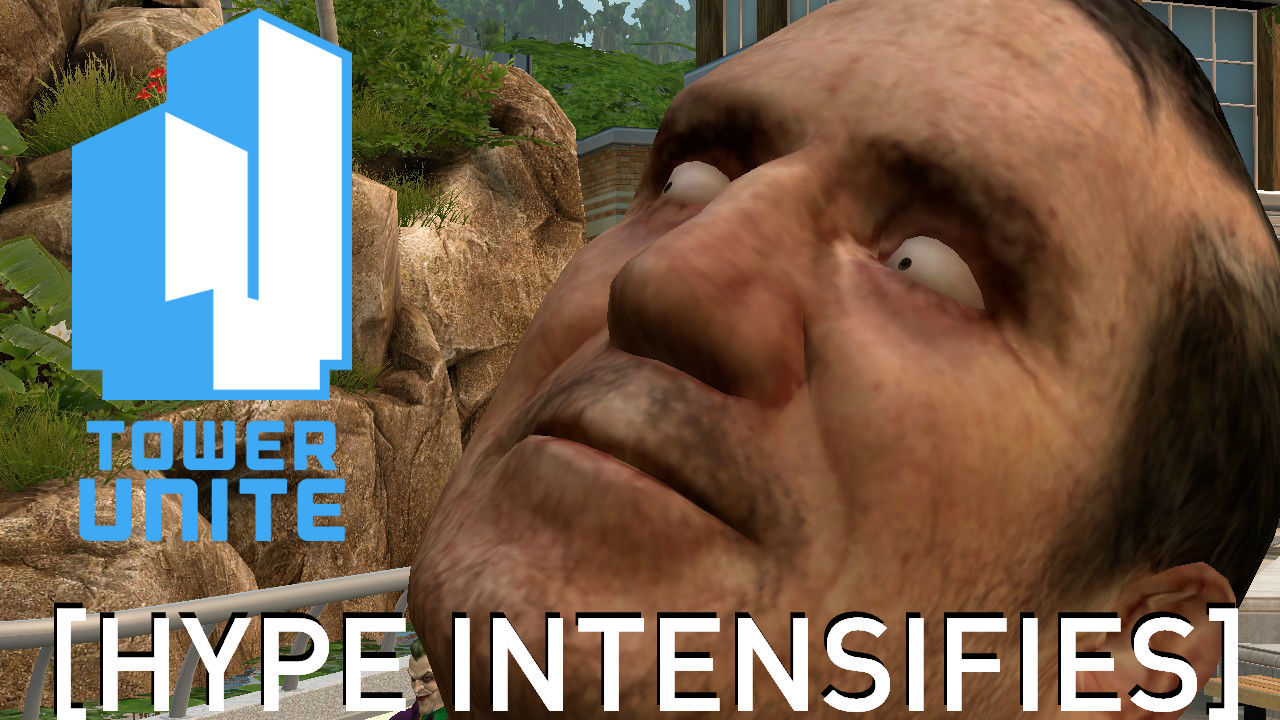 Welp. Now people are going to bring up that bowling thing from GTA IV if you know what I’m talking about. “Hey cousin! Lets go bowling!” Still. Bowling will be great for socializing and gaming at the same time. At least that was how it was in PlayStation Home. Screw PlayStation Home tho. It was generally boring.

Tower Unite, also just saying your title doesn’t english, it should be:

What are YOU most HYPED for in Tower Unite!?

I’ve played about 700-800 hours of Cinema mod over the past year and I love it to pieces. When I found out about this through Cinema back on Kickstarter I immediately threw my money at the screen. A private cinema, and a disco lounge connected to SoundCloud? GIVE ME MORE!