Wasn't this game suppose to be done already

lol … instead of making 50 maps for every minigame why not make a minigame.

Well id guess because its easier to make alot of maps for something rather than build a completely new idea for a minigame up and then coding it from the bottom up.
Plus there is alot of stuff they are working on at the moment, and sadly doing stuff like that takes time.

I am seriously worried about your attitude.

Progress can’t really be done quickly if you only have a team of about 15 developers, without the possibility of hiring more.

Wait why can’t they hire more, not enough funding?

lol … instead of making 50 maps for every minigame why not make a minigame.

It takes time to program completely new gamemodes. While the programmers are working on Bowling, artists have time to make maps and other art for upcoming areas. The casino map was for the most part completed before the bulk of the programming work had been finished. We also have way more artists then we do programmers.

Not to mention we have other projects going on at the moment as well, such as Bowling and Weapon Prediction, on top of Condo expansions with the new snapshotting system and other condo maps. Work with Little Crusaders is coming along nicely with some great art and animations coming along, and in the coming months the art can come to a stage where we can start working on the gameplay portions.

It’s alot easier to have artists work on maps where they get inspiration and have great ideas, rather than forcing them to sit around and do nothing while the programmers add the gameplay for the content they make.

I dunno I think the progress is right where it should be at. 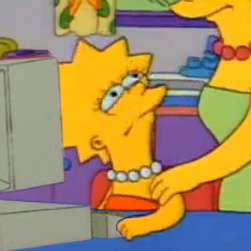 Pretty sure this game has only been in Early Access for 6 months. Cool your jets.

Would it be wise to hire one more programmer to half Zak’s workload, double the programming speed and generally speed up the development for everything in the game?

They did just get Mitterdoo, I think he’s going to help with programming.

Wait didn’t mitterdoo join up back in tower one, or was that someone else?

Mitterdoo was part of GMT, it’s just that he wasn’t part of the initial TU team. He is currently working on fishing though, as shown in the stream.

Ah ok, also thanks for informing me who i gotta cheer for when fishing is done.

Managing them would be a problem. They do not have the skills/resources for that yet.

Did you know
That you would get banned if you posted this image or any variation of it on the GMT forums?
Just a fact
Not likely to happen now

Huh, that i did not know
Although given i have seen someones reply get hidden by devs because it contained the sentence “Does this also mean that friends-only game worldswill appear in the list?” and other similar non rulebreaking things, i honestly wouldn’t be surprised,

Although if i do get banned for this, tell future users i died a heros death.

There was a huge shitstorm on the forums with the bait meme.
It was being posted all over the place, and so the staff put down a complete ban of it, it wasn’t even allowed in off-topic. And anyone posting the bait was gonna get banned. It’s kinda like “That Cat” on facepunch.

I know Caboose replied in full detail, but starting off your topic with the “lol” doesn’t inspire much.

It’s been about 6 months in Early Access and we have a lot of work left to do. As detailed by Caboose, basically we have a team of people who work on different parts of the game.

If our artists aren’t working on something because they are waiting for programming, they will work on a new map because they can get that content out to you now instead of later. We can make Minigolf maps because Minigolf is already shipped and part of the game.

I see no issue when a map doesn’t delay anything else. Matt, for example, was working on his Minigolf map, but I needed his help with Bowling artwork and he instantly stopped work on the map to help me.

I’m going to quickly touch on the programming subject. It’s not easy to find programmers. We are an indie company and we don’t have the money to hire lots of programmers. They cost a lot of money. Also, we have to find a programmer who likes the game and understands it, knows Unreal and C++, and has a deep understanding of networking. This is a really hard find.

In short, we do really really well with the team we have. I’m very proud of everyone on the team and what we have accomplished so far. We still have a lot of work ahead of us, but we aren’t slowing down. Casino was a massive release for us and not the last.