I don’t know if they already have it or if I’m just blind, but I liked the fact that you check into a room and goto the door # that you got from the NPC, It made a bit of “Roleplay” feeling to the condos a lot. It was just one of my favourite things to do in Gmod Towers Lobby 1 and 2.

If you talk to the NPC in the Tower lobby she will send you to your condo and others can see and enter your door from the plaza.

Since Lobby 3’s release all of the doors have been empty, so I don’t believe the condo lobby fully works like that yet. It’ll eventually work in future phases though.

well i think it only loads condos into the condo lobby if you started your condo from that plaza
hence why it’d be empty since i don’t think many do that?
or i’m wrong
however in lobby 2 it did show other player’s condos in the condo lobby

if you like the idea of the RP aspect, once the condo area in lobby takes you to the condo, i think they might still be adding this (i hope) you can see what type condo it is within the lobby 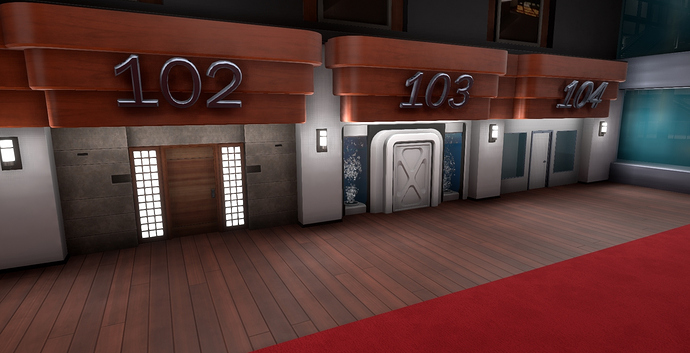 Honestly I think the doors should show condos from the server list regardless of whether they were started in the lobby or not. Otherwise there’s probably not gonna be very many in there

Yeah we are reworking the entire Condo door system.