Following controversy over Issue 11 of TU Daily Issue, I’ve decided to make my own column on Tower Unite news and issue out random news regarding recent gameplay of Tower Unite. 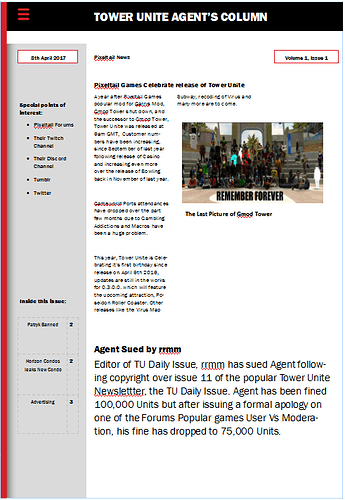 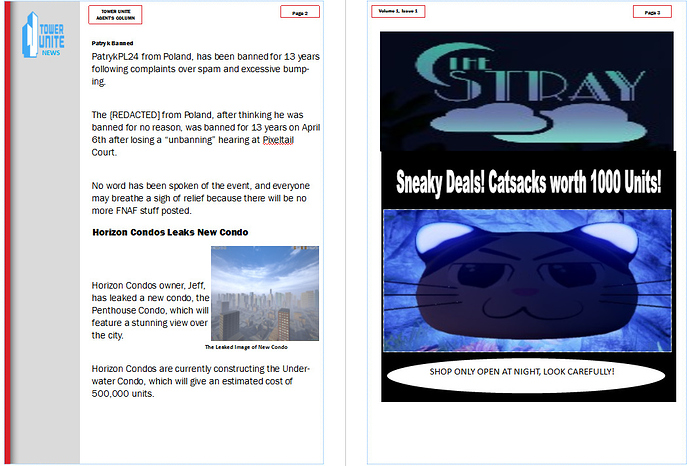 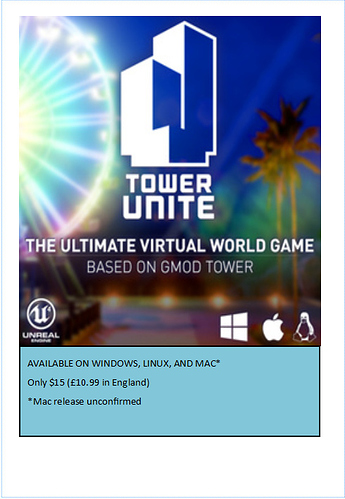 After the disaster of Paint, I’ve used Microsoft Publisher.

(SOME OF THE NEWS INCLUDED ARE FICTION)

Yeah unfortunately I’m using what’s available, I haven’t thought of getting those but thanks for giving me improvements.

I am going to hang these over my bed. Thank you for making these absolutely wonderful images.

Don’t worry, I’ll try and keep this thing with little or no drama if possible

Well clearly you missed the point of my post, but whatever

Not gonna lie, it looks… bad.
The spacing, the overal graphical design (or the lack of it), the poorly resized images, the words cut in the middle, the size of the small text, the red underlining and finally the way you chose to publish it (several images uploaded to the forums). It’s just… well, bad.

To show I’m not just hating on you, I like the color scheme. The red/white/gray/black combo looks nice and modern.
That’s it.

Well I was using what was available, as in Microsoft Publisher. They tend to cut words out in the middle.

I don’t understand why people have to take other peoples ‘creations’ and make it their own. I guess its hard to do something original these days.

First of all, there’s plenty of good free software available
Second, the enter key does exist and you can stop the words from getting cut in the middle using it
And finally, adressing just one point of a critique won’t get you very far in a discussion