Hoo boy, if you’re expecting anything impressive, then prepare to be disappointed.

So, if you don’t know, there’s a hidden bit of untextured floor you can build on in highrise: 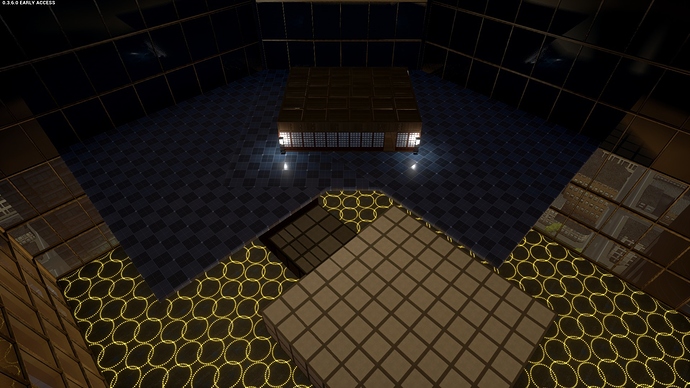 I like to call this spot “The regular basement”.

You can get in here by simply flying into one of the corners on the side of highrise, which have no collision.

As pictured above, I had the somewhat unoriginal idea of building a hidden little shack down there, sounds fun right? No.

Aside from the fact that it’s kinda dark down there, the building materials I used did not want to cooperate with me at all, inexplicably not lining up with the other pieces placed down, leaving annoying gaps that couldn’t be fixed, and a general lack of consistent hitboxes. Long story short, I got fed up with this project and gave up on ever expanding it past a little box.

Here are some screenshots of the inside: 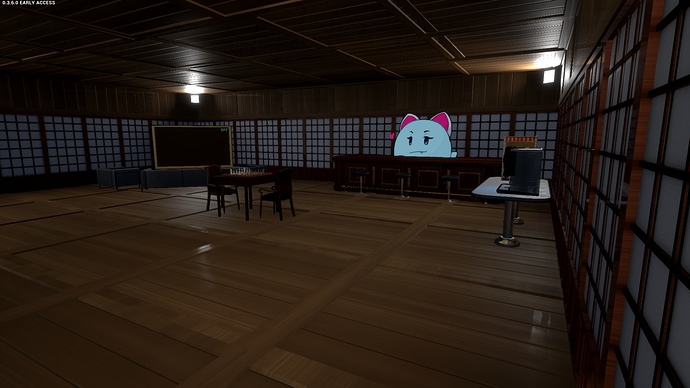 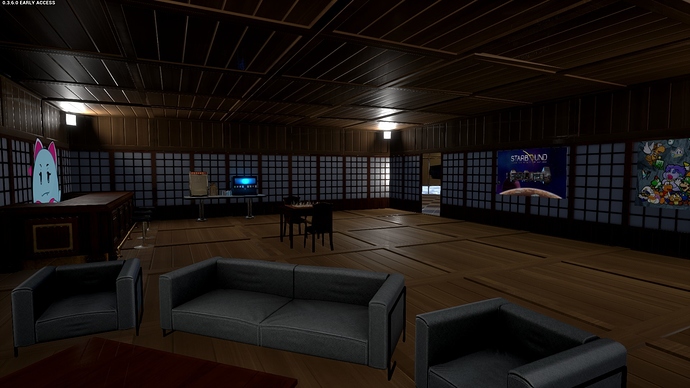 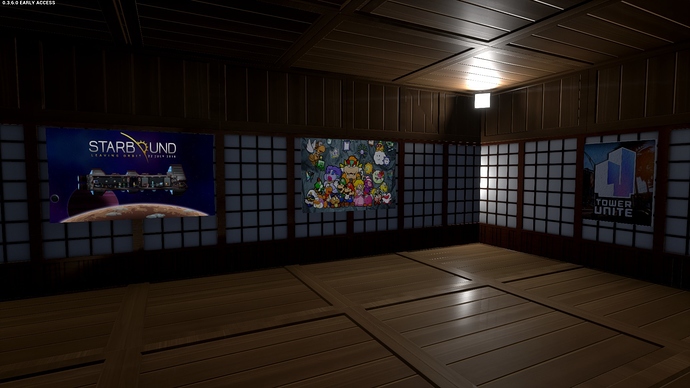 Yep, pretty boring, although it’s better then the spooky picture I hid down there to mess with people looking for secrets originally.

Two things: first off, yes, the bartender is a neko boo. Paper Mario: TTYD is kinda weird. It was originally a placeholder pic, but as stated above, i’m pretty much done with this project.

Secondly, the lower area, where the actual basement is, has the first part of a different project, which was just a nightclub, I got bored of building that one.

So yeah, one more dead project added to the pile. The moral of this story? Think about how practical the idea may actually be before acting on it.

OK but for real though the regular basement is nice.