For example, the 1 GMC button in lobby 2 at the moment is really cool and all but what if on Tower Unite that button gave you 1Unit But it also teleported you back in time back to Lobby 1 But a unreal engine remake of course, I think it sounded cool and i suggested it in the GMT server and a lot of people thought the same

hmmmmmmmmm, this would be pretty easy to do actually, with the VMFto(FBX/T3D) tool I made we could just slap it in and load the map dynamically.

This would be pretty neat as like a time machine tour.

And the main reason it didn’t work for lobby 2 is the source limit. If this isn’t released immediately I can see how it could easily be an update later on. Secretly though

We can’t really because Lobby 1 uses CS:S and HL2 content. It’s a good idea, but we’d have to remake all the content to make it work. And then it wouldn’t be Lobby 1.

Yeah we can’t do a straight-up port with Valve’s textures / models.

I was thinking a kinda “pyro-vision” approach, where you’d have the lobby but in a sketchy kinda vague form, with really simple textures that mirror the ‘style’ of lobby 1.

How about just horror Lobby 1?

Thats exactly what i was thinking. It wouldn’t have to be amazingly detailed etc, Just like simple textures. and yeah of course it would have to be completely remade in the Unreal 4 Engine

I think this would be a great way to celebrate the anniversary of GMT’s first ever public release.
Maybe as an update down the line this could serve as a great memorial.

I like your idea, @Zak. Make it as if it’s a dream, virtual reality or a really old movie. You could make everything in black and white with a heavy vignette and also add a noisey overlay too. You could also make it so that your movement speed decreases as if it’s in slow motion. 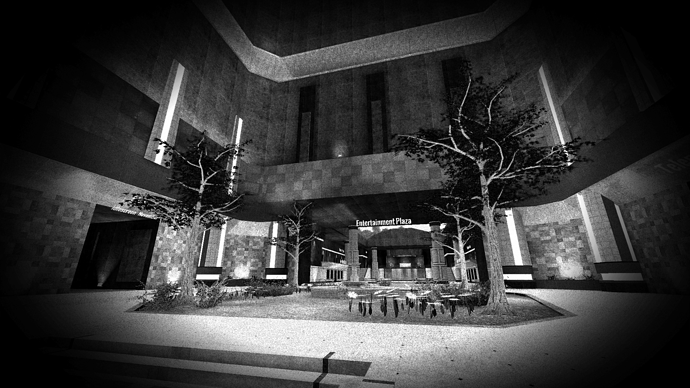 If you’ve played Fallout 3, it could be somewhat like Tranquility Lane. :3

Omg yes! this is exactly what it needs to be

Yeah it makes sense how you cant use Valve textures and stuff because its copyright infringement if you do, But like even if it was custom made textures but nothing spectacular looking and also the idea what MxmCube said sounds perfect. If it’s possible that is.

Absolutely agreed. We must have Looby 1 back

a easter egg in Lobby 2

I don’t know about this

If you came on GMT i could show you

Sure meet me in Train Station 1

Glad you like it, I’m just gonna chill on the forums now