Skeletons Should Fall Apart Upon Dying

So, upon dying with the skeleton model your ragdoll simply falls to the floor. This isn’t as realistic as it should be. I think that the skeleton’s bones should all fall to the floor, rather than one whole ragdoll. The milk carton actually already does this, so I think it’d fit in with that.

But yeah I approve

The milk carton isn’t suppose to do what it does.

You should come up with a better title for your thread.

We can’t tell what’s intended with it and what’s not after seeing that it has arms and legs and that it lives.

Actually, I never told you this but I actually made the milk carton legs break off on purpose…

Maybe I could have the skeleton fall apart for fun.

Slightly unrelated but what about the playermodel getting cut in two parts with an ugly white mess keeping it together in a gross way when you die, like this: 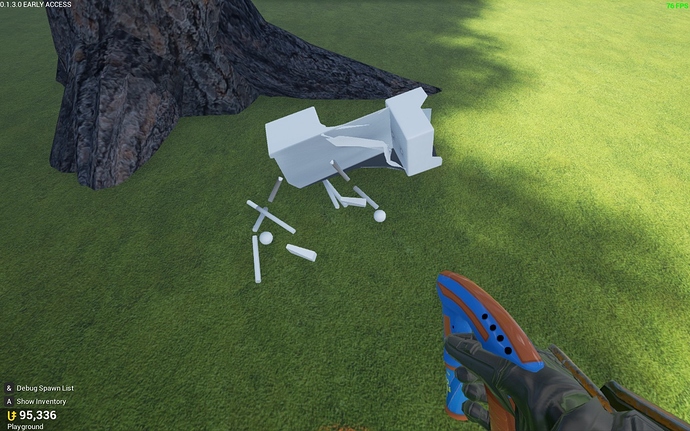 Is this on purpose too? :x
(nice touch with the legs thing btw)

The carton twisting and collapsing into itself is not on purpose. The legs are though. When we migrated to 4.11 the ragdolls broke.