This may or may not be Tower Unite’s first ever creepypasta, this is a test of my writing skills so please leave feedback, enjoy.

Riddled with typos and the pacing is way too fast but, for a first attempt, it’s not too bad.

This is dark as hecc, good job

I didn’t like the ending, but that’s probably because I don’t like cats dying. Besides that, nice pasta.

[edit] wow I did not mean for this to be this long, but it comes from a place of love for creepypastas!

The concepts shown in this as pretty interesting, but it’s the execution that lets it down. The whole story feels rushed and there are several aspects that need further development, such as the protagonist. They don’t really have a character in this story and I think the story would benefit greatly from a further look into who this person is, and the relationships she has already with the rest of the characters. For example, we don’t see a lot from her relationship with her cat. If her cat is the big twist to the story, we should get more information about how she feels about her cat. Maybe have the cat play a more central role as a way for the protag to feel comfort, (think se7en). We also don’t get a lot of development with the antagonist and their switch from friend to murderous stalker is very sudden and jarring. This should also receive further development. Overall thought this presented some really interesting ideas for a first time writer and with some development this could be really great. One other point would be to tidy up the punctuation. Also another side point, your profile pic made me burst out laughing, very nice.

yeah its too quick, i might do a revision later, mind telling me which part of it is too quick?

It’s more that the individual ideas need a bit more explanation. The story could use with a few more paragraphs dedicated to setting up who the protagonist is, for example their daily routine, it’s a bit cliche but it works. We also don’t get a sense of how they actually feel about TU. Maybe a very small bit on how they got into the game? Also try to include the cat, maybe a scene of it providing comfort to the protag just before going on to the chat scene? Going to be honest, you’ve done more than I have, I’ve never written a pasta, just read a whole bunch, but you have some great ideas that with time with really be amazing!

dont revise it bad grammar is what makes a creepypasta

It’s really not. Plenty of great creepypastas are very well-written. Ted the Caver, Ben Drowned, Jeff the Killer, and No End House just to name a few.

Please forgive me for the last link, it’s been edited on the CP wiki and wasn’t this racist when I read it. If you go on the page itself you can see the original text.

As I was saying previously before the post got deleted, I think the examples that Balian posted aren’t the best as they have several examples of errors in punctuation and their stories are quite flawed. I would recommend reading stories such as ‘F’ oranges, though ignore the blurb, the story itself is thoroughly entertaining. I will post links to the other stories:

I'm a Search and Rescue Officer for the US Forest Service, I Have Some...

Author's note: A book on this story is on the works. The author updates the publishing process on her Tumblr I wasn't sure where else to post these stories, so I figured I'd share them here. I've been an SAR officer for a few years now, and along the... 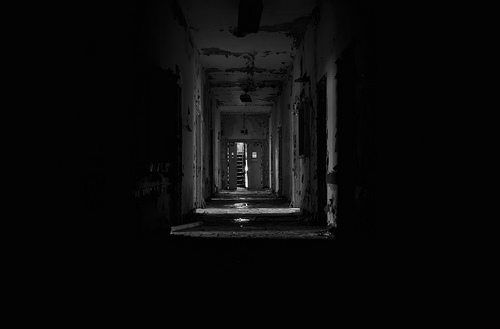 Every area in all parts of the world has those area-specific urban legends that just refuse to die. Whether the stories are about a haunted asylum on the outskirts of the city, a creature that lives in the nearby woods, or a ghost that haunts a...

I work at a gas station in rural Pennsylvania. It's a boring job, but it's pretty easy and it pays all right. A few weeks ago, this new guy started; I'll call him Jeremy. Jeremy is weird. He's about 25 or 26, and he hardly speaks, but he's got the...

The world we live in is full of things we don’t understand. Being the curious humans that we are, we naturally try and seek these things out. Doing so has led us to remarkable discoveries and inventions that we never could have imagined a hundred...

thanks for the feedback, the whole thing was written on a single day and on a on screen keyboard (that’s right, a point and click one) so i was not comfortable when writing, ill revise it later

also off topic, that reply was actually delayed because it was awaiting approval since i’m new here but coincidentally got approved in your (jackpot’s) reply

Please forgive me for the last link, it’s been edited on the CP wiki and wasn’t this racist when I read it. If you go on the page itself you can see the original text.

A couple of those are just 404s but if the park one and the tape one are the ones I’m thinking of, theyre great and absolutely chilling. Also, what’s wrong with Ted the Caver? It’s, by far, the best creepypasta I’ve ever read.

I haven’t read it in a while, I’ll give it a re-read today