Question regarding downscaling in condos

Hi, I’ve been creating a condo with some friends for a little over 2 months now and we’ve added so much to it that the vanilla textures scale down, and only recently have all of the NPCs begun to not show their models and instead reset to a default female model that’s T-posing. 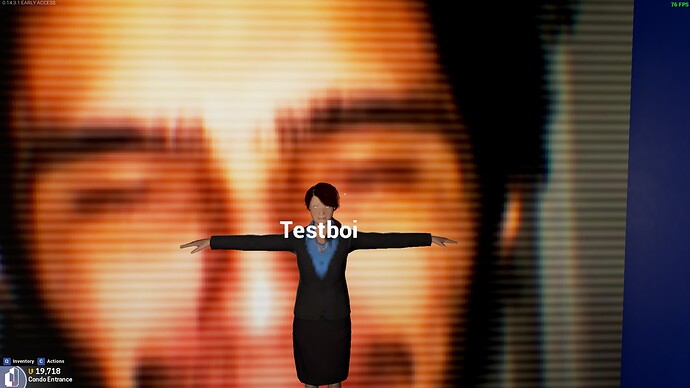 Is this a method of downscaling like with textures? Previously I’ve been able to skirt it by reloading the condo until my test NPC isn’t the default female t-posing model. I read a post from April and one of the devs responded that the only limit to how many NPCs you can have is your ram, but I recently got another 16GB and it hasn’t helped so at this point I’m wondering if they meant VRAM. Is there any remedy this? Thanks.

Holy crap I don’t know why I didn’t think of that before but thanks so much! I love tower, keep up the good work I really like what you guys are doing

I’m having this same issue right now. I just gave the workshop cache clear a try. I stood in my condo by the troublesome NPC (it isn’t all of them) as everything loaded back in. Saw the NPC’s workshop model pop into existence and then my game crashed - no crash report option given. Started the game back up and jumped into my condo again but that same troublesome NPC is standing there T-posing.

I’ve determined the cause of the NPCs sometimes not loading in for condos. It is now fixed in the next update.