After seeing the last stream and how the maze in Oasis is random every time, it made me want a ball race map that’s 100% different every single time. I’m sure this would definitely possible if the workshop allows for custom gameworld maps but if not I think this would make a really fun ball race map that has near infinite replayability.

If each level was just composed of 15-30 track prefabs that all connected to each other, even with some prefabs being moving platforms or what have you, it could open up endless amounts of possibilities for an always fun and new map.

I personally think this would be an immensely fun addition to the game, let me know what you’re thoughts are.

I could totally see this as a thing. It might help with the lack of players during some of the longer periods of time without an update when the team is working on a game world or something.

I’d love one for each of the gameworlds TBH. Especially for Virus, as it would add that feeling of being lost, disoriented and chased by a bunch of ebola zombies.

how the maze in Oasis is random every time

The maze isnt random everytime, it is just a different rotation of a prebuilt maze - https://youtu.be/n5g1CeU7TnQ?t=16m27s

The maze isnt random everytime, it is just a different rotation of a prebuilt maze - https://youtu.be/n5g1CeU7TnQ?t=16m27s

I knew this, but it still makes it random each time you play

I don’t know…
Have you played Labyrinth? It’s a moving maze game.

A procedurally generated map for Ballrace sounds like a nightmare to speedrun. In my opinion, Ballrace should be without RNG: without it, it measures skill instead of chance. Oasis is already (unfortunately) going to have that random maze, and I’d hate to see more maps get an unskippable RNG element.

To put it into perspective, imagine that you put in a lot of time learning how to complete a map faster than everyone else, every time. Now, here’s a map where it doesn’t matter how well you play, someone is going to beat you by chance, completely out of your control. They just happen to take the right turn in a maze and finish first because the solution can’t be memorised. This is an issue.

As much as I love procedurally generated maps, it has no place in a competitive environment like that of Ballrace. From a design perspective, random map segments just thrown together sounds not just sloppy, but lazy also.

I totally see where you’re coming from but from a non-speedrunning perspective I think this would be fun. Personally, I have the most fun whenever a new BR map comes out and i get to paly and experience it for the first time and a random map would give me that every time. 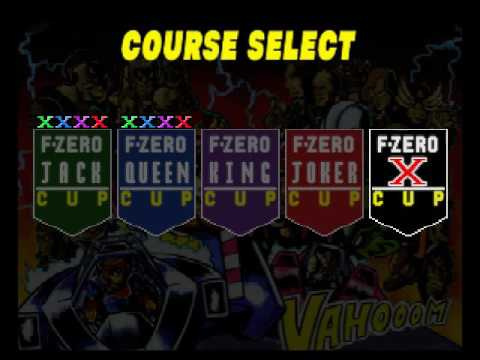 X Cup? I can respect that.

To put it into perspective, imagine that you put in a lot of time learning how to complete a map faster than everyone else, every time.

Good, these kind of try-hards in a party game can stay out of my lobbies.

Nothing wrong with speed running my dude. A party game is for everyone, and if people enjoy that so be it.

Then people who play to speedrun dont have to play the random map, there are many other maps out there for everyone to enjoy.

I personally don’t think that randomly generated maps for something like Ball Race would work so well. The problem is that no generated course has deliberate design put into it. When it’s a bunch of pre-made pieces, each piece has to be designed specifically to get to the end of itself with no consideration of anything beyond it. With that, it won’t feel like a new course each time, it will just feel like a rehash of the same selection of things over and over again. Why do you think games with nearly infinite randomly generated content tend to feel more repetitive than games with no generated content whatsoever? A random generation system has to be incredibly diverse before it can deliver an experience that feels new each time.

That said, randomly generated content isn’t all bad. The unpredictability can have its benefits, as you can’t rely on memorization to get through everything. It might work for something like Virus because [quote=“vtipoman, post:3, topic:23496”]
…it would add that feeling of being lost [and] disoriented…
[/quote]

Virus isn’t about the flow of your momentum across the stage, it’s about running around tight areas while killing or being killed. People will notice the prebuilt segments for sure, but being unable to memorize the stage layout could make the game much more enjoyable. The game itself isn’t quite as dependent on level design in the same way as Ball Race and Minigolf are. Hand designed stages will generally still be superior, but the random elements might not become bland and repetitive as fast.