We’ve got a couple of ideas for the types of customization we would personally be interested in for the new Tower Unite condos. As always, we’re very much interested in which you would prefer.

Extended information on the above selections…

Drag and drop creation of walls and doors
This would let you create your own floor layouts on a grid, similar to Sims or Rollercoaster Tycoon. In order to expand your grid, you would have to upgrade the grid size with Units (our in-game currency).

Pre-made room pieces you can combine
Our developers would create modular pieces of rooms that are semi-decorated. The plus to this option would be to quickly create a condo with a hand-made selection of rooms (i.e. bowling alley, T shaped room, bar). In order to get new ones, you’d have to buy them at a store with Units.

Completely designed by PixelTail, but you can earn different Condos
We’d create beautifully designed condos that are set in different locations or have a specific theme in mind. No need to worry about creating your perfect floor plan, we decide it for you. The plus to this is that it would allow you to just select a condo layout and be done with it and focus on furniture placement. This is how GMod Tower worked. However, unlike GMod Tower, we’d have multiple condos to buy from a store with Units.

To be fair, I would think in a perfect world you’d have a combination of all three. You’d let the power players design their own rooms to their hearts content, but the players who just want to have a nice hangout could pick pre-made pieces or even just select a pre-made condo.

Yeah I think having modular pieces + advanced editing mode (which allows for drag and drop walls/doors) would work well.

One thing I definitely want to see happen is the ability to share condo layouts on Steam workshop.

Oh absolutely, that would be amazing as well.

One thing I definitely want to see happen is the ability to share condo layouts on Steam workshop.

This would be a pretty spectacular use of the Workshop along with the previously planned playermodels. One thing you might want to consider along with that and layouts would be individual pieces like specific doors, lamps, flooring, and wallpapers.

Yeah flooring and wallpaper adjustments will be a feature.

I think that the base should be a combination of all - pre-made condos in workshop, pre-made rooms to unlock ( for those who can’t build), but the major focus would remain on the Sims-like advanced building system.

This one please
sounds awesome

What about mixing option 1 and 2? Some people have high skills in building, but some can`t make amazing rooms.

That’s what I said - Mixture of all of them - workshop layouts, Pre-made rooms for those who can’t make beatiful rooms (Pre-made could be either Workshop, or Developed by Macklin) Also, once again - Sims Build system.

Also, I think that we should give MySims’ Furniture building system a try. 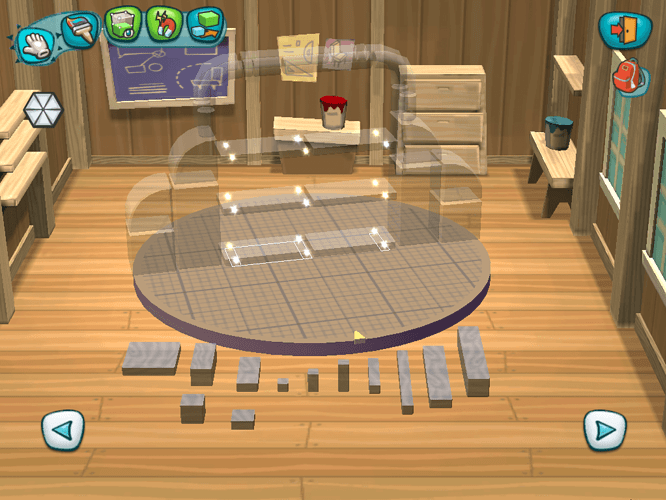 I agree with all those who say that the best thing would be a combination of all three options. Sharing layouts in Workshop could be an interesting idea as well

Same with almost everyone else, I feel like there should be a mixture of the three. There could be a bunch of preset/default condos for those who don’t want to make their own condo. Then there could be premade rooms that you can expand your condo with. And finally there should be an advanced editor mode where you can create your own rooms, wall colours, hallways, etc and submit them on steam workshop.

Just chiming in to… pretty much echo what others are saying about a combination of all three options. Perhaps players could start with one out of a predefined number of layouts, and then extra rooms could be added as desired… and then maybe that wall there needs to be moved, and so on…

For the poll, I chose the first option, in the spirit of full customisation.

I voted for the first one, but I’d personally like to see a combination of all three.

I also agree that a combination of all 3 would be the best way to go.

Thanks everyone for your votes and feedback. We’ll announce our plans once the IndieGogo goes live!

If you want to help out again, we will have another poll for this week shortly.