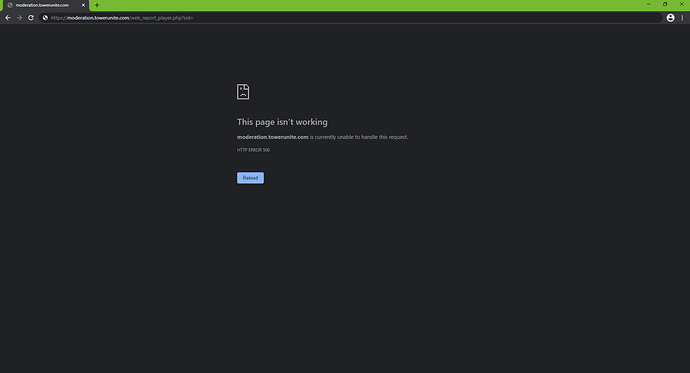 From what I can tell it seems like if someone is only banned from leaderboards, the server lists, or server naming, then their page will be blank. It also seems like if their bans are split up, so like they did one thing at one time to get chat banned but then another offense later to get server naming banned, they won’t show up with their bans being split–but if they got both of those at the same time they will. This would also mess up how permanent chat bans but temp server name/list bans are handled.

I don’t think this is what’s happening to the account in your screenshot, but I’m dropping it here cuz I noticed it while trying to look into it.

I encountered this error in an attempt to report a player who was doing very sketchy things (things that would constitute an EULA violation) in a public ball race game of all things, and for the purposes of confidentiality I’ll not publish the details here. So if this is a case of me being hit by a ban for playing in a public ball race game being hosted by an individual doing sketchy things then that is not fair and not on.

This is now resolved.