I Got Drop and Roll after getting only 2 questions correct

I got Royal Winnings and got the popup, but did not receive the achievement. (not sure if fatal error immediately following is the cause, but the achievement popped in-game)

“Home away from Home” isn’t unlocking when I visit a condo, nor is Home Visitor progressing above 0. I’ve visited 3 condos since the patch dropped earlier and it’s remained at 0. 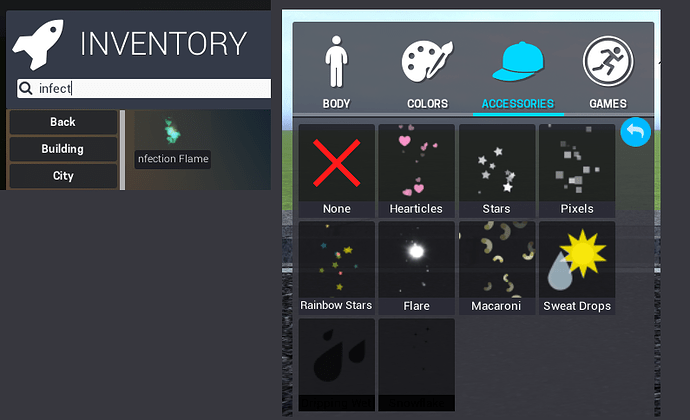 Assuming this is supposed to be under particles, can’t seem to equip Infection Flame. Also not under item hotbar or any other wearable section.

Assuming this is supposed to be under particles, can’t seem to equip Infection Flame. Also not under item hotbar or any other wearable section.

Same. I have 1/10 for ride the roller coaster 10 times but don’t have the achievement to just ride it.

The Ball Race achievement “Speedster” is impossible, as the Total Speed stat isn’t being tracked whatsoever.

Wordsmith and Gone in 60 Seconds still aren’t popping for me. Also, Spell Checker is marked as complete for me and shows 20/20, but there’s no blue bar.

I took photos of all of the photoshoot spots in Lobby 3 before 0.7.0.1, but the book says I only took one of them, so I can’t get the achievement.

“Under Pressure” does not work in other peoples condos, only the host can get it.
Edit: “Housewarming” might be the same way, not completely sure.

Can confirm “Wordsmith” isn’t working, as I’m not getting it either. Got 85 WPM and nothin’.

Can confirm “Wordsmith” isn’t working, as I’m not getting it either. Got 85 WPM and nothin’.

I know why, and we’re making a server build now.

Wow, that was fast! Thanks as always for the speedy response and work, Mac.

I’m not getting progress on Druggie. I’ve also had some shots from across the map (with both the standard handgun and the plasma autorifle) that didn’t give me the Long Shot achievement, so that might be worth looking into as well.

The Coaster Addict achievement is suffering from the same issue as Explorer and Stuffed Discovery. I have 10/10 but it hasn’t popped for me.

It says that you need to survive 25 times, but it’s really only 5.

Just got the minigolf achievements Loft and Long Putt while green-dotted, they unlocked in the book but not on steam.