I noticed that the bugfixes in the new update supposedly include some kind of solution for my previously posted about T-Pose NPC bug. The thing is, it didn’t seem to do anything. I went to the NPCs in my condo that were supposed to be fixed, but nothing seems to have changed. I even tried placing a whole new NPC with a never-before-used model, and it still broke. The weird thing is that the wireframe(?) was correct: 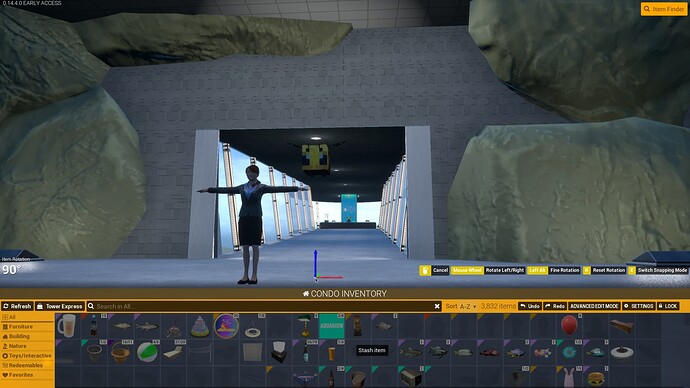 When editing the NPC, what is the Character Model set as (not the Steam Workshop button at the bottom but the tab right above that). Try setting it as “Steam Workshop” instead of the default lady before setting the workshop model.

Huh. That did actually fix it.
Well they should still probably do something about it, but at least there is a way to rectify the issue.

It’ll automatically happen in the next update. That used to be the case (I think you had to select “Steam Workshop” before the option would appear), but at some point it changed.