Neon Lights cut out depending on the angle viewed.

All lights to stay on no matter what angle they are viewed from.

Lights cut out, making build and time put in placing them practically useless as it looks bad.

Having a similar issue with the neon bars.

This is in the House Condo, they are placed behind the wall. However this hasn’t been an issue in the past with them cutting out.

Seems to happen when not looking at them directly or glitching in and out while moving around them. 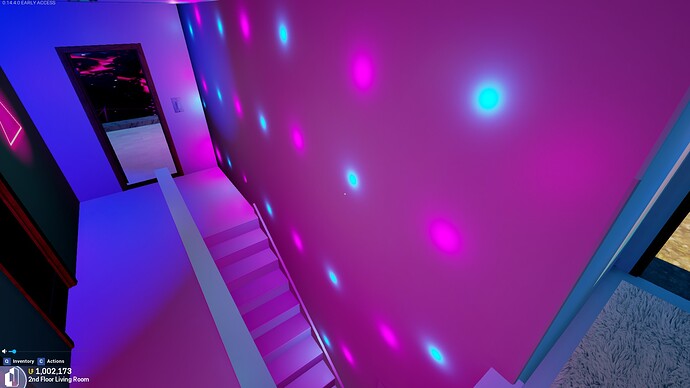 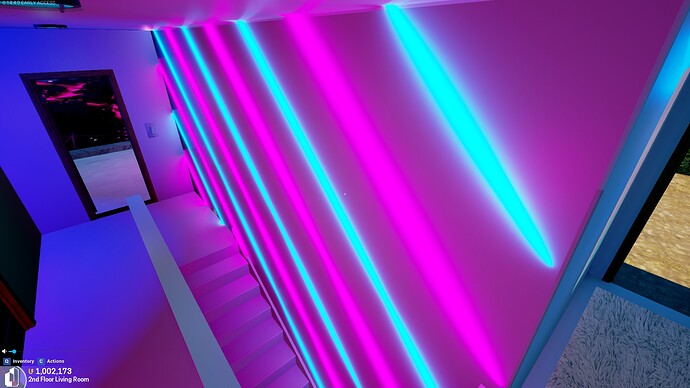 I reported this issue a while back and was told it was a longstanding issue with UE4 and how it renders lights.

This is a long standing bug with the engine and is not related to screen size LODs: It turns out that there is a minimum number of lights in the view above which the engine switches to Tiled Deferred Shading, which is 80 by default if I am not mistaken. Evidently, in this shading mode, light sources with a length associated with them are (erroneously?) rendered as point light sources. We could raise this minimum amount of lights, but only if there is no noticeable performance cost, which I …

Basically when you’re at a distance or at certain angles, the game will render more lights and turn light sources with length (Neon Bars, Lava Lamp, and Lantern I think) into normal point lights.

I also suggested a while back that they could implement a simpler Neon Bar that doesn’t have a light attached and instead uses Emission and Bloom which would work as a possible workaround.