This is my condo. Never showcased it because it was only 90% complete (was waiting for the update with building panels and png canvases). Hope you like it!

Also, there’s a hidden room that I will not show. I’d rather people find that on their own!

Entrance (plus my neighbor…) Bathroom (plus my other neighbor…) Deck and some beach The kid’s bar/chill area (those are root beer bottles!) It only took maybe 4 hours to build. How long it took to get the money is way too many hours to count. This thing [image] Inside [image] At night [image] Edit: relinked the images since previous link took a dump.

You know we got it!

[image] [image] First one is a bit light, tried to change it, but due to a bug, they wouldn't change off of white after reentering my condo.

That's pretty much it. [image] Lights to guide you at nighttime! [image]

The Tyrannoslideus Rex. [image] [image] Credit to @Omnipotent for the suggestion!

I had a bunch of walls from a project I scrapped, so a few pergolas later, this happened. Hope you like it. Each hot tub has two smoke machines under them, for the added effect [image] [image] [image] [image] Side note: I don't charge for use of the hot tubs.

I wish I had that much money. I would make a dream land.

Wow you’ve been to work since the last time i was in your condo.

You didn’t show them the altar…

You mean the shrine? Nothing special about it, just a question mark image until I can find something I want there lol.

It’s neat. I’ve been there before, it’s pretty rad.

water in the bath, genius

Instantly came when I saw that bathtub 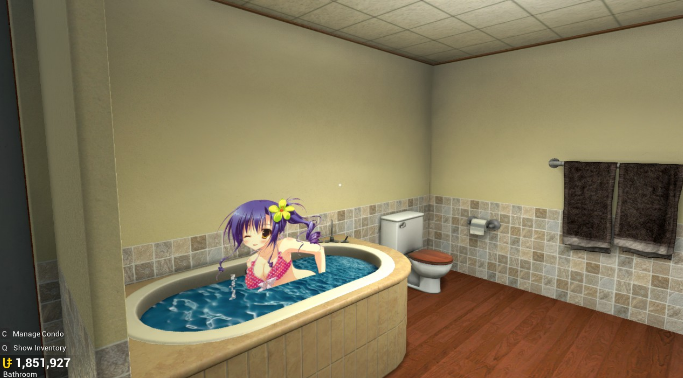 you
are a fucking genius

Ah, I remember a few days ago when I visited your condo…
It was neat.
I really like the #TeamOrange poster. It really stands out!

I also see you have a ton of Units.
Like, a crap ton.
Do you mind sharing your secret on how to gain so many Units?

I played over 1500 hours in Gmod Tower. The majority of my money was from the transfer.