We will have a fix in the next update.

A few others if you can.

In Treasure cove,
Hole 11 (yes that one) still has issues. While the ball does not appear to fly out of bounds after the first canon shot it now can stop on either the first or second loop. There is also an odd issue after the second canon shot where the ball can bounce away from the boundary at 90 deg to the last curve before the straight run to the next drop. I get this by running the ball around the boundary, but not all the time - could be a physics glitch?

Hole 12, like Garden 13 it is now impossible to get a hole in one as the ball leaves the pipe too slowly.

Hole 4 also has a possible issue due to pipe speed, In the past the ball would stop much closer to the hole of you hit the middle 1st shot funnel. Now it drops out of the pipe further away making the final putt more of a challenge.

Hole 5 as above the ball drops out of the pipe much closer to the pipe making the shot over the last jump more difficult.

Apologies if the changes to 4 & 5 are intentional.

And treasure cove hole 15 as well. Getting across the wave and into the chest is rough enough, but the pipe inside just plops out the ball right next to the hole. I’m sure it’s being worked on but wanted to make sure it was included.

the pipe left me here 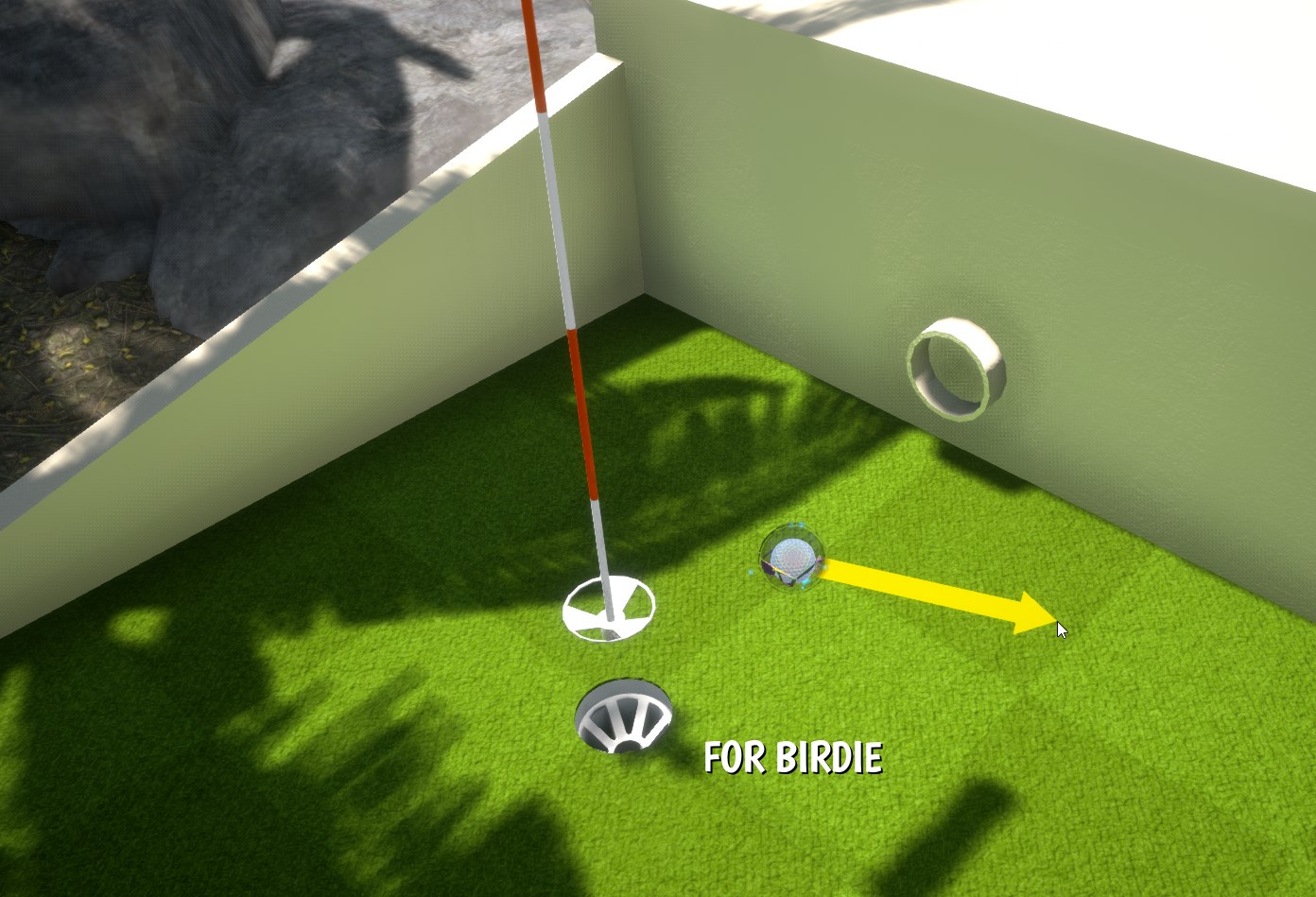 Yeah, sorry, I wasn’t being that clear. It’s fixed in the next patch.

Treasure cove hole 18. Twice now I have stopped on the zig-zag ramps towards a hole in one. Looks like it might be another pipe speed issue?

I’ve fixed several of these issues now in the Woodlands update: https://trello.com/c/GFfvm6df/427-update-0820-woodlands-update

Many thanks for all the work on this. Had a look at the update, thanks again. Gotta confess that the Altitude refresh is going to get some getting used to. I kinda like the huge trees and rocks in the current one. They, to miss-quote DNA, ‘Hang in the air exactly the same way that bricks don’t.’ Oh well.