How the devil do you make a window?I

The instructions I see everywhere don’t make sense. I put a canvas on the wall. I selected a transparent gif. I selected “cut out”. The canvas disappeared and I still had a wall. Do I have to use 4 walls to hole to put glass in?

Can we please get more documentation? This is very frustrating and makes me just want to give up on a making anything, which is at least half the reason for getting this game in the first place. It’s like the issue I had with the item finder; instructions I find from earlier this year or late last year are out-dated and no longer accurate. I don’t know whether I’m following the wrong instructions in this or just doing it wrong. I would really appreciate if the official YT channel could out up a playlist of video instructions or something to explain this stuff to us new people.

The walls are “canvas wall”, if that matters.

The canvas is working as intended, since you added a invisible picture it becomes invisible when you tell it to show nothing but the picture itself, if you want to have a visible window you can look through then you would need a picture that is only semi transparent.

I decided to make one incase anyone else wanted one and here’s the result: 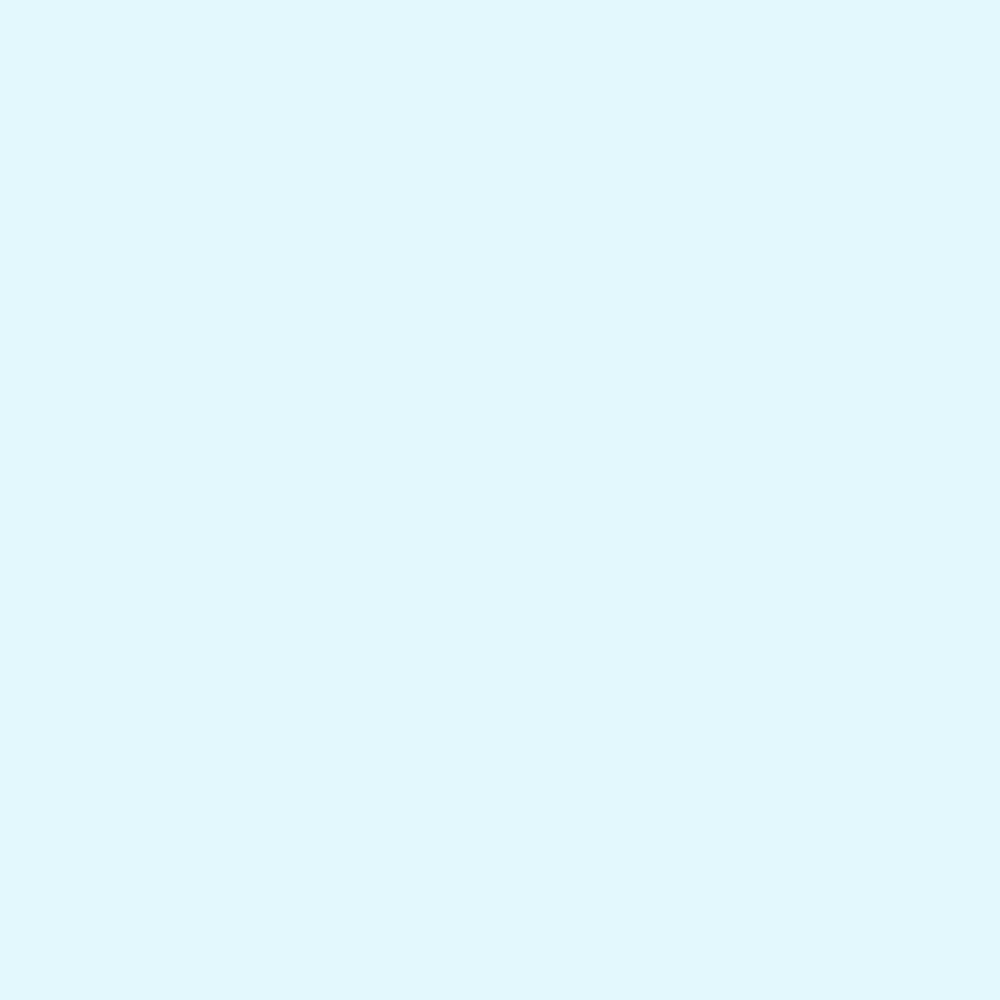 You will need to put this on the “Canvas” item to make said transparency work, the other canvas items doesn’t seem to be able to show it properly.

Luckily we already have a help section, which is easily accessible by pressing esc and then clicking on help 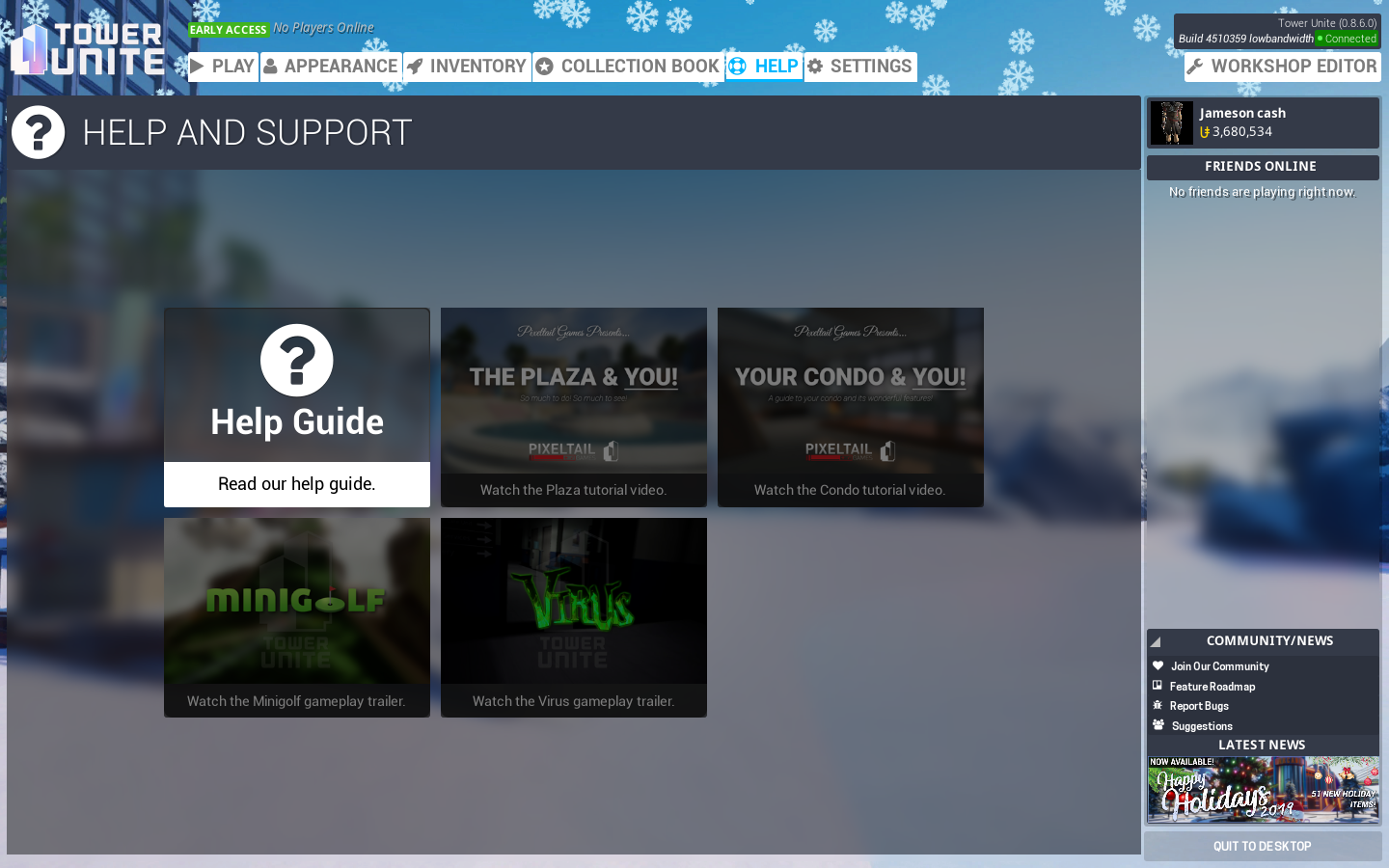 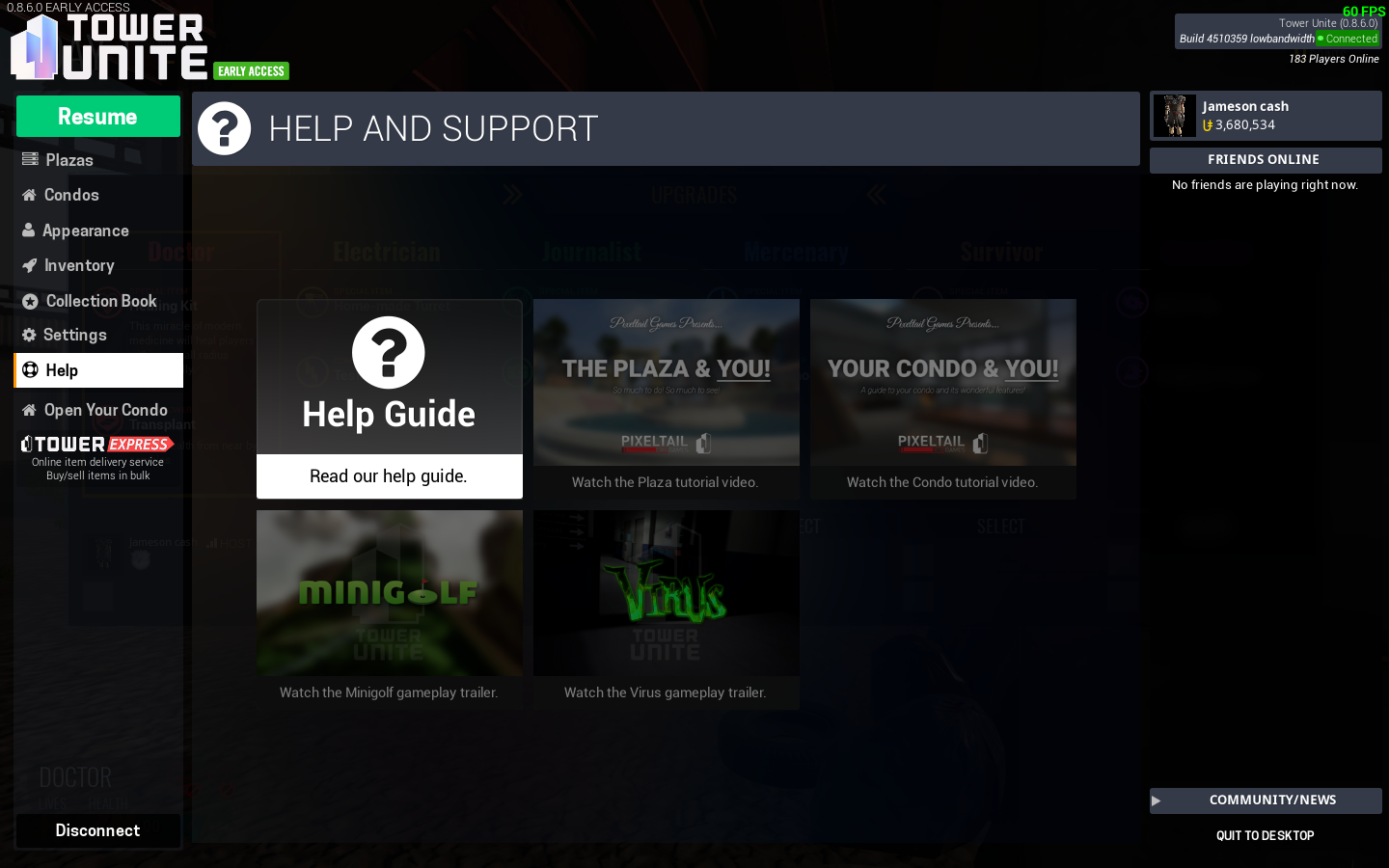 The videos covers the basics of condo decoration, playing minigolf and how the plaza works.

Said videos can be found on their youtube channel 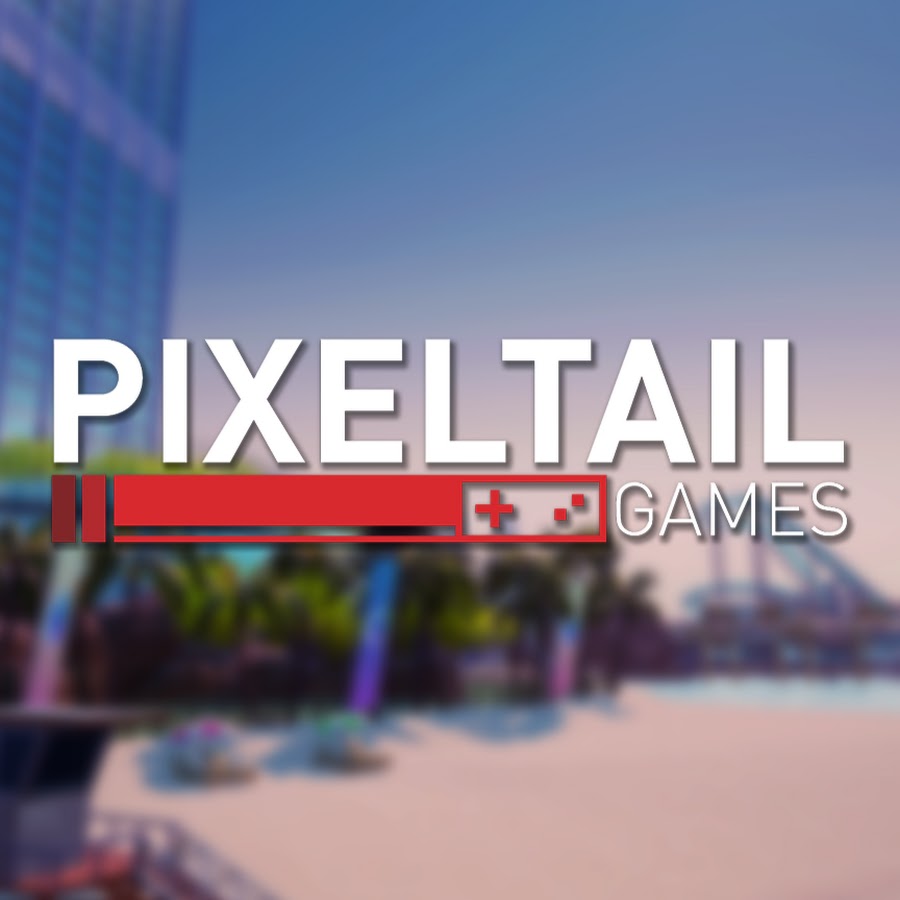 PixelTail Games is a small independant video game company based in Redmond, WA. We love making games of all genres and creating social-based experiences. We ...

All of said videos have been put into a playlist, sadly that playlist also holds condo previews and other unrelated videos, so finding the tutorial videos might be easier on the list of all their videos, still worth to have a look if you want.

I’m not super deep into Condo mechanics, but as far as I know transparency will not work at all with Canvas Walls (It’s only supported on regular ol’ canvases, specifically with a certain setting in the edit menu).

TU definitely lacks good tutorials, I believe they’re looking into making more in-depth ones in the future, though obviously development resources need to be allocated wisely, and the condo system undergoes changes semi-frequently.

You can buy windows at DIY.

Ok not gonna lie I read this in Jake English’s voice bc I’m a filthy homestuck and the title sounds like something he would say.

Not a single listing at DIY says “window”.

Apparently I can’t ‘cut out’ anything. It just let’s me see semi-transparent box sticking out of the window. It seems the only way my make a window is to break the wall into many pieces and leave a hole, and then put a piece of transparency there. I was under the impression you could have one wall and put a window in it, but it’s not working that way.

Also, Heavy, the video you linked just highlights the problem. The video says to pres ‘c’ to access options, but now it’s ‘tab’ -> ‘settings’ -> ‘environment’. The information out there has not kept up with the changes, so new people like myself who never had second life or anything like that are being given outdated and now-inaccurate information when we look for it, which is even more frustrating than not finding any information at all, because we’re trying to follow the instructions and and can’t figure out why it’s not working.

Alexer, are you saying to scrap the “canvas cutout” altogether and buy glass panels? Do I just set them on the wall? Do I leave a gap when building the “canvas wall” and fill the gap with the glass? Do I set it in the wall and make it as thick as the wall?

I appreciate you guys trying to help. I apologize if it seems otherwise. I’m just very frustrated and this is making it difficult for me to fully enjoy the game, especially since customizing the condo and building stuff was one of the things I found most exciting about the promise of this game.

These are the window items: 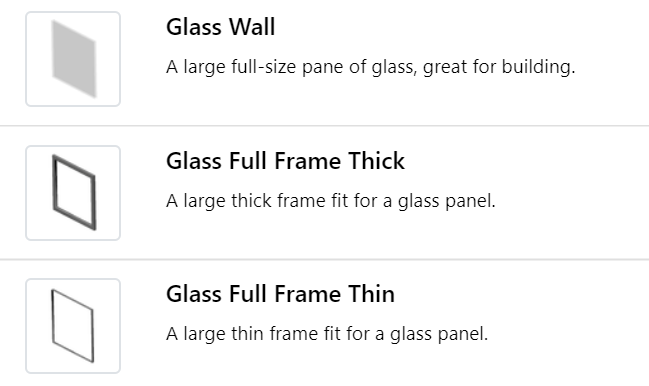 If you want to put a window in a canvas wall, you will need to build around it, leaving a hole where you’d like the window to be, then slotting these items in. Frame first, then the glass.

You don’t need to apologise for asking for help. The new player experience for this game is fucking terrible. 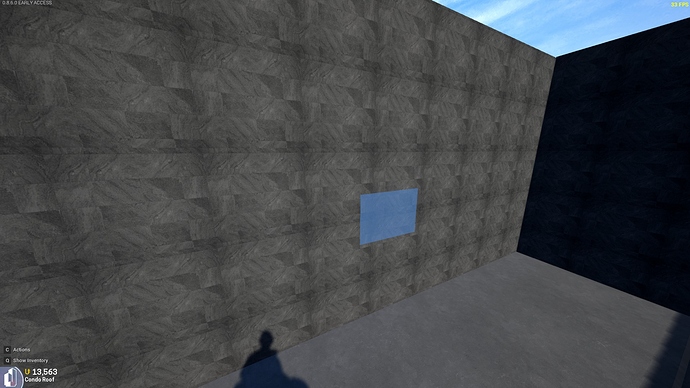 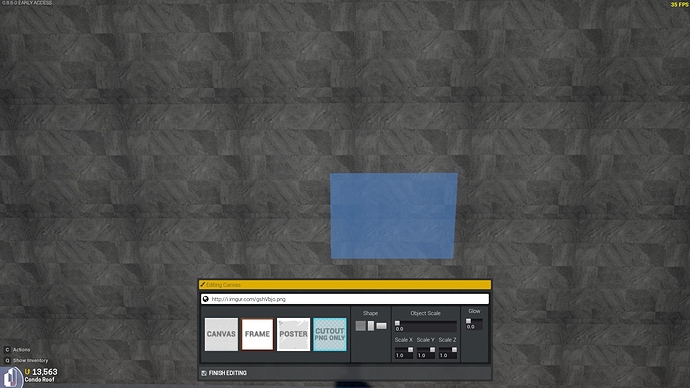 So I have to destroy the walls and use a bunch of smaller walls? Oh, that’s going to be a giant time-consuming pain. Not to mention making multiple symmetrical windows along a wall.

You know what, forget it. I give up on building anything until there’s better way. I’m not OCD enough for that. I’m just going to treat this whole thing as a bundle of minigames with an overly complex menu system and play some mini-golf or something. Maybe in a few years, when it leaves alpha and is ready for public launch, I’ll check out the condo idea again. This is clearly way above my skill level. Thanks for trying.

edit: you know what would be awesome? A ‘carve’ tool like you use in Hammer when building maps for TF2. You use one object as a cookie-cutter to put a hole in another object. That would be great.

Amen. I don’t know how anybody builds complicated structures in such a needlessly complicated, slow and hard to use workflow.

I just give it time tbh. I don’t build any outlandish structures but I do a good job of decorating existing condos.

Oh the irony of wanting something to be as simple as Hammer.

A dynamic building system was considered early on in the game’s development. It’s a complex feature to add in, as people would want a lot of different ways to construct buildings that aren’t just boxes. Generating roofs, for example is tricky to do dynamically. So we shelved the plans for now.

You can stretch and position canvas walls using the gizmo tools (just click on an object and it’ll show that option). We have been meaning to update the tutorials, but things are constantly being changed. Recently I moved the condo settings from the C menu to tab to make it more accessible and expandable. Same with inventory, it used to be at the top but now the condo inventory was moved to the bottom to allow for larger screen space and searching.

We’ve seen some impressive things built with the tools given at the time. We do plan to make additional improvements to the building system, but we don’t have a person assigned to it as their main job, so changes happen in hot fixes or major updates (instead of a focused update) due to other features taking more priority.

The community condo update, which is something I personally wanna tackle after arcade, will be a great time to focus on improving things. However, I really need more feedback on these tools as they stand. It’s hard to figure out what is broken and what is not when people don’t delve into it often. Perhaps a megathread can be made after the break.