History UI for the Theatre, Arcade, and Nightclub

With the addition of the Casino, we get to see a little UI appear on the opposite side of the screen from the text chat box which tells us our recent transaction history in the Casino. 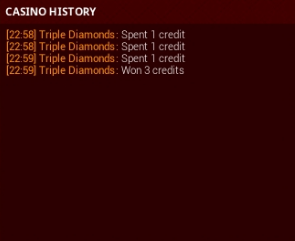 However, this extra UI could also be useful in the Theatre as well as the upcoming Arcade and Nightclub, to inform us of our recent history in there.

There are many places where the history UI could be useful, so I've just listed the three most important places. It would be a little overboard to add a history UI to each location, store, and minigame, wouldn't it?
7 Likes
Radek September 19, 2016, 11:49am #2

This would make finding out what song just played so much easier!
We need this especially for the Nightclub.

Also how about being able to click on the songs in that history. So that you also obtain the song’s / video’s URL.