I just bought tower unite and it seems really fun so far. I would like to play more but its so slow on my machine! The fastest I can get it to play is when all my graphic settings are at low

And even then its still slow. The thing is my machine is mean’t for gaming and I think it is fully capable of running this game smoothly! Its only 3 Years old, I bought it in January of 2014 and it still runs the same! I have all the driver updates and the computer itself just had a recent update. Its a Windows 10 Dell laptop.
Here are the specs. Please let me know if my machine is not capable of running this terrific game. 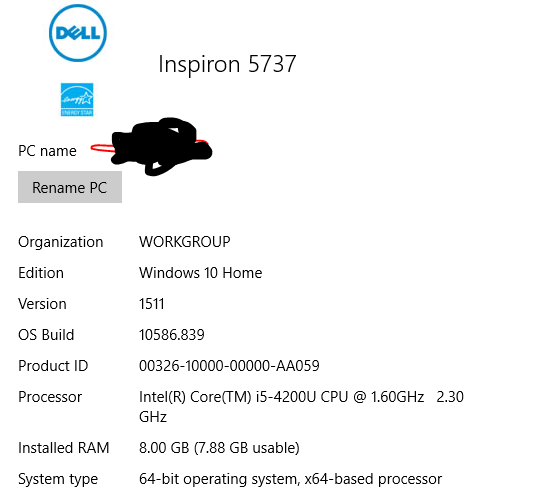 When a company says “Gaming Laptop/desktop” it usually just means they’re trying to appeal to people who play video games.
If it helps in anyway, here are the minimum specs from the Tower Unite store page. 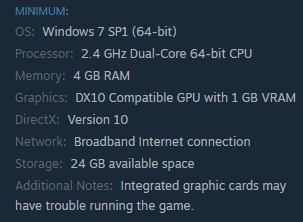 @Lorgruk is right. What is sold as “gaming computers” is usually inferior to builds you could put together yourself for the same price. Also

it still runs the same

it’s not your computer that got worse, the games just got more demanding
…
do you even have a graphics card?

You might want to remove that product id, as I believe people can do malicious things with it.

all it can be used for is Microsoft Tech Support

The i5 4200U uses Intel HD Graphics 4400 if that laptop doesn’t have an integrated GPU.

While it would run lighter titles fine three years ago, it just doesn’t have the horsepower to run modern titles.

The 4200U could also be a bottleneck. It’s a dual-core hyperthreaded processor, but it’s severely underclocked. It just barely makes the cut on the minimum CPU spec when it turbos to 2.6 GHz.

With integrated graphics you won’t have much luck running any modern games (like TomPls said). You’d need a dedicated graphics card to have any luck getting the game to speed up and to be able to increase the settings at all.

There might be a chance of you being able to run this, if you still want to test. Resolution Scale.
Try setting all your settings to low, with a resolution of 1024x768, and a Resolution Scale of around 60-80. If you don’t get a satisfactory result, then there’s not much else you can do at this time besides wait for the game to become more stable and optimized.