I’ve been wanting to create some animated billboards/advertisements for my project similar to how Trackmania Turbo does it and I feel that adding GIF support to canvases would be a really nice addition. This could really bring life to condos & could bring a lot more creative possibilities. 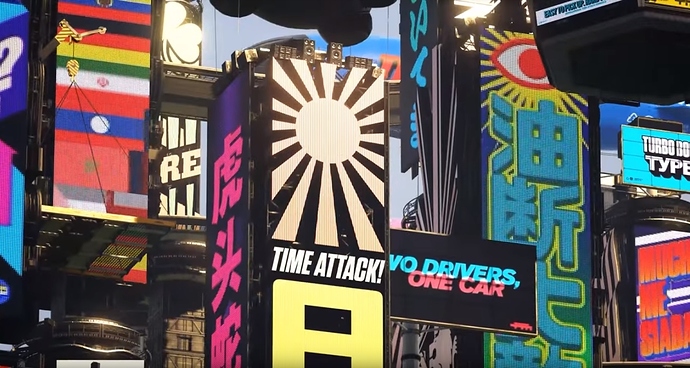 This adds a new whole dynamic to condo building. I really hope this happens.

It’s 2018, please replace GIF with WEBM or something.

Not really a valid suggestion at all. Those two serve totally different purposes.
We can’t have have them play automatically, stay permanent on primitive shapes, or use the media contents to decorate the looks of the condo,

and hope that players turn on the media players first before they see said billboards? Feel like you completely missed the point of the suggestion but thanks for the blunt response

To also add on to Caboose, adding GIF support would require a lot of bandwidth and memory usage.

Upon joining the Condo, you’d have to download the entire GIF, then store the frames in memory, then we have to come up with a method to pack those frames nicely in memory to display on a material. If a GIF has 30 frames, that’s 30 unique textures stored in memory.

Once you add like 15 GIFs to the Condo, you’d then have to render and store all of those in memory.

It’s a lot easier to do if we personally authored the animated billboards, as we would control how many frames, their resolution, etc.

However. in the wide world of the internet, not all GIFs are going to be optimized and there’s several things we would have to develop to make it work in the context of the Condo.

let’s wait for the media players to be more optimized first. I can’t imagine having to load more than 2 media players at once, in the game’s current state. I already drop like 40-60+FPS in condos when those are loaded.

With sprinkles and a cherry on top, make it happen in the future when everything that’s important is out of the way?

i actually really need this feature or an alternative that does exactly this. i need to import animated images for my condo and soon, animated items whenever the support is added.