I mean, we have arcade coming out eventually with its custom player made content (which i assume will be workshop)
you could have arcade machines like this in condos in the form of video game consoles or even just normal arcade cabinets.

Can’t wait to get my own “SOULJAGAME” in TU.

I would love this to happen

I already know which console I want. 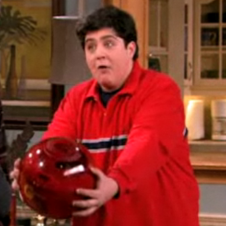 I’m bumping this because I was just about to suggest this. I’m glad I checked to see if it already was first.

A loooong time ago I distinctly remember seeing a purchasable NES on the trello for GMT. I think the plan was for it to be an emulator, and playable on your condo TV, maybe even with multiplayer. I absolutely loved the concept but obviously it never happened. I would love to see it realized in TU with the workshop.

Maybe it can be a either super expensive ticket prize, or actually sold in the electronics store with a playable arcade machine as a ticket prize instead.

The toy stop has a ps1 box and little crusaders toy room had a ps1, maybe they will add it later since it’s weird seeing the devs make a ps1 box model for no reason whatsoever