So when I’m playing TU, most of the time, there will be a static-like version of the game’s audio playing. I managed to record a little of it, but I noticed that when I’m recording using OBS, the audio goes back to normal after a couple seconds. And when I stop recording, it goes back to the static-y version. Anyone know how to fix it? I’ve tried messing around with the game’s video settings to see if that would some how fix it, but it did nothing to help.

I have a sneaking suspicion that that static is actually the ambient track for the environment.

Listen at the beginning of each clip (except the first one on the main menu, that one isn’t as noticeable). They don’t sound like normal ambient noises to me.

Oh, when you said static, I thought…never mind.

You mean that thing for like a second at the beginning of each clip?

Yea. It’s almost always there, but it stops after a couple seconds after I start recording, and when I’m not recording, it comes back. That’s why there’s only a little of it in the video.

Huh. I think it might have something to do with your CPU, since OBS does CPU encoding. Can you post your specs. If you’re not sure, download Speccy and take a screenshot of it.

Here are my specs: 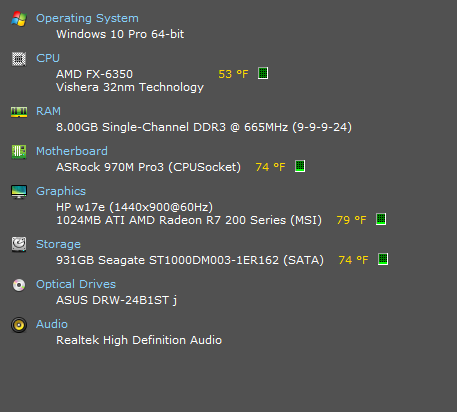 Thanks for your report! This has been forwarded straight to our Trello board. You can track its status there (it takes a couple minutes to show up on Trello).

This one is very tricky to solve because this is part of the Unreal Engine. I’ll ask @donglekumquat about it, but I don’t think we’re doing anything wrong with our audio setup and it’s probably an audio driver or incompatibility with Unreal 4.

Oh okay, thanks. I’ll see if there’s some updates for my drivers, and I’ll look for other people who had this problem in other Unreal 4 games

I actually just noticed this too, but only in the main menu.
I don’t really recall what caused it. I think it might have to do with the sound that is played when hovering over a menu item.

Mac’s right, it’s probably either a driver issue or an engine bug.

There’s a long-standing bug with audio volumes (reverb in a room, basically) where it’ll go all static-y when you transition from one room to the next, so I wouldn’t be surprised to see something similar. Unreal is actually incredibly well-optimized for audio playback, we just have to wait for them to fill some of the holes

Thanks for all the suggestions everyone. I found a beta driver on the AMD website and I also installed the weekly build, and it works now.