Tower unite needs a donation event for 2-3 weeks for an item, it would both benefit the community, support the developers and potentially even be for a good cause for a selected charity.

So far the community agrees we need one as shown here:

I believe there is no reason to not host a donation event as people would have a reason to give you guys money and the game would get a better reputation for the charity they would be donating to.

Big games have done this before such as Overwatch, Super smash brawl and League of Legends.

Just to wrap things up you guys could post advertisement maybe take some inspiration from overwatch as they did here: 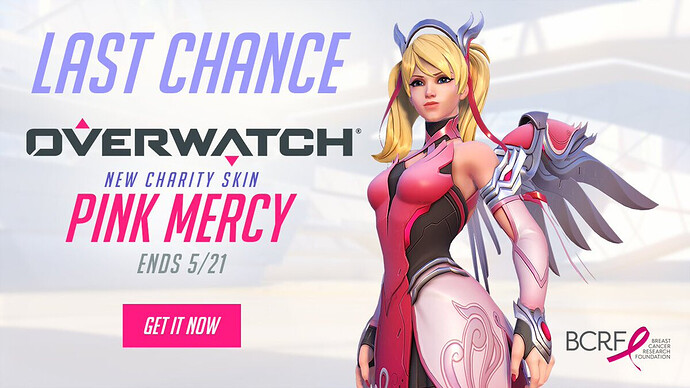 So this might be an unpopular opinion, but I’m actually against this idea personally.

This would be the first item in Tower Unite to be monetized for real life cash, and it kind of goes against everything the game stands for with the “no microtransactions” plastered all over the Steam store page (it’s mentioned four times btw).

Patreon, Redbubble, and Ko-fi all steered clear from offering an in-game good, but this in my opinion crosses that line.

I support helping charities and the developers of this game (I’ve recommended this game to 8 of my friends who all purchased the game), but it’s the item reward I’m against.

I respect your opinion here but personally I do not believe the payment would be very cheap as to be considered a microtransaction. According to “What is tech target” [a micropayment would be a payment involving a very small sum of money such as 75 cents or less].

Also; in my opinion it would be nice to have a form of reward to feel special for donating money and give somebody a reason to donate.

What about instead of doing it for a specific item we had a donation goal that everyone could contribute to and if reached it’d unlock an item/set for the game itself? So like set a target to raise 1000 for x charity as a community and when reached everyone who plays benefits and there’s no chance of detracters calling it a microtransaction

I agree here, it feels like a slippery slope kind of thing.

i don’t really see a problem with it. if the kickstarter rewards have survived as long as they have being exclusive items offered in reward for monetary support, then another one isn’t that horrible
i just think it should be something that nobody would “need”, like a condo decoration or cosmetic. if it does do something, it should have an already existing functional equivalent, like a jetpack or whatever

As a backer myself, I honestly hate that I have exclusive items.

Saezi
i disagree ,lets say one reward is a jet pack or hat or any thing you can collect , me and many more have collected those things, and if you can’t spend money on them or not allowed to( because some of Tower Unite’s player base are kids) , well you can never complete you’re collection of it because its behind a paywall.

the same thing can be said for the kickstarter rewards and even some of the old gmt rewards. there’s already cosmetics, particle effects, furniture, etc that are now forever locked behind an expired paywall. even to this day i mourn the fact that i lost the chance to get (some admittedly pretty cool) relics from the sole reason i have over 1000 hours in garry’s mod, just because i didn’t have the online spending power to get vip status as a 13-14 year old, but i kinda just had to get used to it

as much as it’s been implied on this thread that this would set a dangerous precedent, i’d argue that said precedent was already set years ago

In order for a player to min max this game they would have already needed to donate and play during early release, it is almost impossible to have obtained every item in the entire game as it would have taken countless hours starting in lobby 1, years ago.

Obtaining items through milestones are awesome and I think getting some kind of charity relevant item from donating would be really cool as well for remembering you helped out, like having an awareness ribbon for your condo or even something else entirely. Children are still more than capable of earning a good few dollars to spend on the game if it happened to be so vital to them.

Even so it’s not like it’s against the rules to bring the item back into the game for a different event in the future; or as long as new items come out it would be a whole different sort of hype and the other item would be seen as old or outdated or maybe even legendary.

Again there are no rules to this item it could also be obtainable through other methods such as having some new currency come out like charity coins and you could maybe buy it for days worth of coins, as long as the item has great prestige; then people will stay inclined to donate.

Also a special “fundraiser” tag like the “backer”, “patreon” and “pixeltail” tags for specifically donating would be awesome in my opinion.