A quickly edited screenshot, to convey the idea: 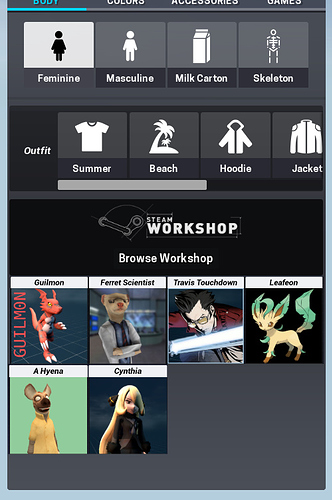 idea isn’t bad but… too many furries

This is a great idea. I don’t mind the browser, but it’s a good QoL improvement on empty spaces that saves some clicks.

This was originally planned to happen, but didn’t just yet. I think it’ll be a feature soon!

its supposed to be your personal favourites, not just some populair ones in general (also i doubt the furry models are the most populair ones but that’s just an assumption)