"Disconnected" and Currency Offline, Among Other Things

The top right of the main menu next to the build number states I am “Disconnected”, despite me being online on steam and having a functioning internet connection - Steam servers don’t appear to be down as my friends are able to play normally, and the Tower Unite server status site claims that all systems are operational. I am unable to load patch notes, earn currency from games, join on friends directly, or retain my model whilst switching locations. Loading into Plaza locations is unreliable at best, and I am unable to create my own condo - I can only visit others if given an invitation.
I have checked my firewall, and permissions relating to the game appear to be allowed unless I have missed something. I have tried both DirectX 10 and 11 versions, and only starting via Steam instead of a desktop shortcut. I have checked integrity of the game files and it claimed that everything was in order. I am not sure what else to try!

oh! I forgot to include specs for my machine: 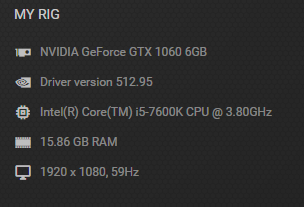 Could potentially be an issue at your ISP’s end, I’d also try connecting while using different DNS settings. Also do not play while using a VPN, that would be bad.

It’s also worth mentioning that AGC is PixelTail’s propriety game coordinator and backend that Tower Unite utilises to keep a track of your Units and stuff, and may occasionally go offline for maintenance - sometimes preceding an update.