What other features are planned for Community condo besides building a house together?
For example, it would be great if players could trade items or open stores.
I want to make Community condo into a second PLAZA by building a shop that sells seasonal items. 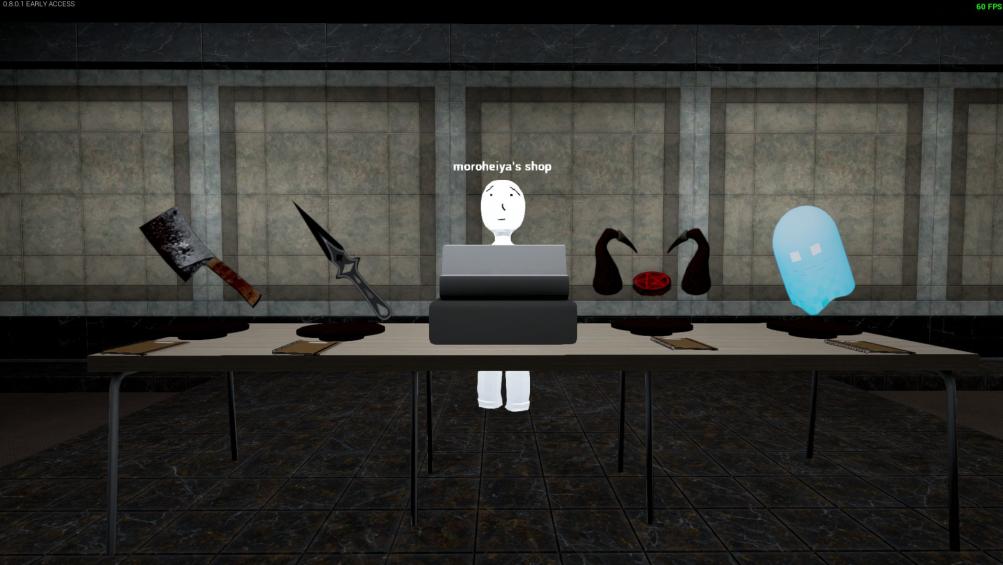 We would need items of value to sell first, and with TU making sure everything is a push away to getting I don’t see a player made store being all that popular. It is a neat idea though and I love selling stuff on markets like I used to do in Warframe, and various other MMORPG’s.

The lobby stores sell items at fixed prices.
The player’s shop is free to decide the price.

If there is a shop, the atmosphere is good.
And you can sell GEM and fishing trash that you can’t buy in lobby at a high price as furniture to people who need it.

AFAIK; trading will not happen among players in TU.

Is it official information?
Did the developer make an announcement?

We haven’t ruled out trading officially.

Unofficially they have discussed several times why they don’t want to incorporate trading in their game; they dont want their items to be worth any real money.

Thank you.
I don’t think it’s easy to come up with a trade system.
I look forward to the official announcement that will be announced someday

I understand the risk of misuse of the trading system.
I hope developers find a good answer.

i do think instead of a trading system that being able to set up a store in a community condo to sell items would be cool
like sell them from either half price (selling price) or full normal buying price.

that way either the buyer can get a good deal, but the selling is just getting the normal amount of money if they were to sell the items in the menu.
or the seller can get the full amount of money back as if they never brought it, or the buyer just gets it as if they brought it normally.
or in between to give a better deal to both people involved then normally selling or buying items.
and that could avoid the issue of being badly scammed.

That’s a good idea.
It’s true that some people don’t know the price, so I’m worried about setting freely.
But it’s not that fun.
For example, do you want to sell a very rare fish at a fixed price?

I thought.
How about showing the difference from the price?

In my view, trading/player stores are well suited for “Not in stores/special” items like fish and rare fishing item drops. Of course, acquiring fish by buying them from players would not count toward achievements requiring you to get them through the fishing minigame.

Trophies, milestones, and backer items, though, would not be tradeable I imagine.

I love running my own “store” in Animal Crossing games, getting things people need and charging them a slight premium for the service. Obviously, there’s no need for that in TU since everyone always has access to the same items, but I’d love to be able to run my own sales of things. Like, every week, I’d select a different set of items to go on sale for, like 75% off. There’d be no economic incentive; it’d just be a nice thing to do for others. Plus, with community stores, you could customize the selection of items, taking items normally found at different stores in the Plaza.

That’s right, trophies and milestones should not be sold because they are honorable titles and everyone can have one by one if they play the game.
There should be no problem because the number of fish you caught and the number you have are counted separately.

HOWEVER…
The backer item needs a system that cannot be sold easily, but it should be sold.

Because the backer has a backer tag in the player list.
I don’t think speedshoes is a proof of backer.

I will never sell it, but if there are people who think it is not necessary, I think you can sell it.

Of course there is no reference price for the backer item, you can sell it at 100 million UT.

I wrote here about the coexistence of community stores (trade system) and Steam Marketplace.

translation I don’t know if this thread is alive, but I write my thoughts. I’m not good at long sentences, so I use translation. Leave the original at the bottom. Note that this assumes that the developer can configure settings such as “Tradable, Don’t sell” My biggest fear is that I will be able to sell all the items as they are. I will write the reason and my solution from now on. Lead to a loss of motivation In this game, the event period is fixed. I also tried to get an RC sleigh a…