I am thinking about Garry’s Mod Toolgun, and think: Maybe, an all in one gun for all tools would be better and would not clutter the inventory.

there has been a suggestion like this but with a different name, altough i do agree that it needs to be a thing.

Basically instead of seperating all the tools as their own item, merge them all together and let you manually select which tool you want. This way you’re not constantly rearranging your item hotbar. This idea really isn’t that necessary right now, but I feel it will be long term. Originally I was going to post a few ideas for some new condo tools (and I still plan too.) but I’ve noticed that overtime if or when we get more and more tools it might get really annoying trying to juggle them all in…


inventory clutter is getting worse with more and more items, doing this will be a lot better, here is an idea i made for a different thread about this (never put it on the merging tool thread though for some reason) 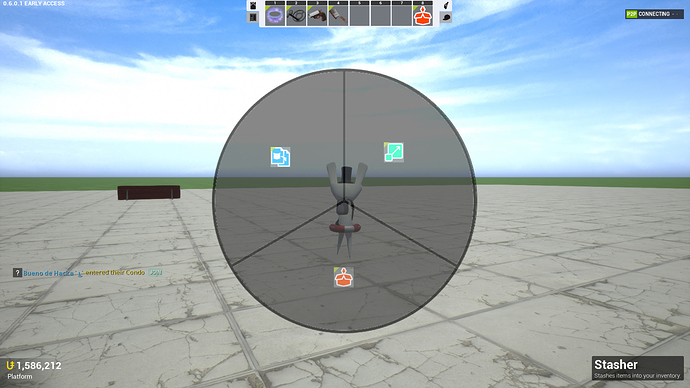 hold down a key like R while using it and it brings up a select wheel.
maybe while the devs are also doing improvements to inventory they could throw this in.

Oh! I tried searching for it, and didn’t see anything, but I guess I didn’t look hard enough for duplicate posts!
Apologies!