As the title suggests, every link I put into a canvas or anything that requires one doesn’t work. It’s worked perfect for years and all of a sudden about 2 weeks ago it stopped working. Thanks.

Hello. Can you please provide more information about this issue?

Not sure much else I can say other than when I paste the link and hit enter it loads and loads. It’s odd. I’ve tried multiple items that utilize this function and can’t seem to get it to work still.

This could be related to an issue I had experienced 2 years back (and still do) Which I had messaged with Mac about at the time.

A link to an image from this image host to use to test is:

However in game it does not work just as you described

This didn’t bother me much as I could just manually upload the images I want to imgur or something else.

Edit: I don’t know much about your situation as you said it worked prior though? It could be something else or your image host maybe did a similar change? 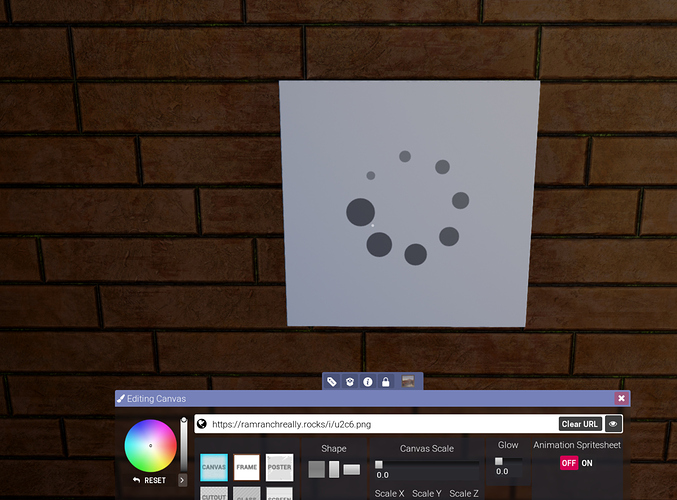 I’ve always used random image links from Google and where-ever, they’ve worked 99% of the time. I’ve tried using a ton of links from different sources, even ones that are already working in my condos and no luck. So I’m still not so sure.

Still having the same problems after the Nightclub hotfix update. Any help?

I’m not sure what’s going on exactly, however if I can offer any advice it would be to download the image you want and upload it to something like Imgur where it should be available all the time. The problem with using random links from everywhere is that things can just disappear or links can change. I have uploaded plenty of images to Imgur with absolutely no issues yet.