Be able to mirror items

As simple as this picture demonstrates it: 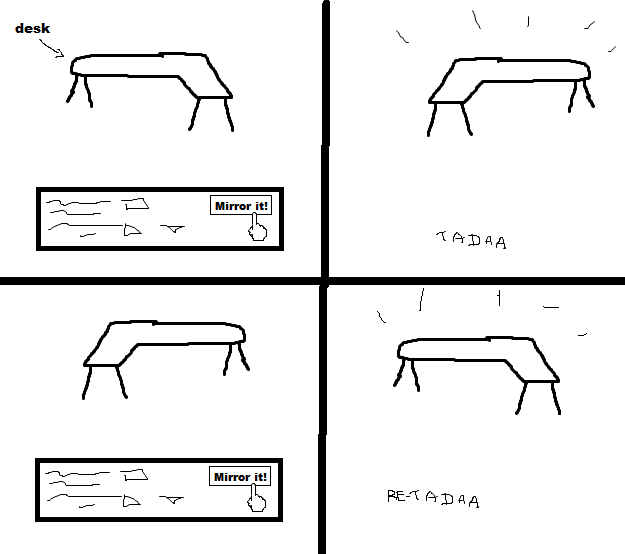 The option could appear under the form of a clickable switch, and each time you click it, it mirrors the chosen item

Anyways, I’ve kind of been hoping for a suggestion like this, just never got the time to actually ask because I thought someone asked for it already.

Man, that would be PERFECT

Mirror the whole place too maybe ?

What we need is be able to select entire areas with items placed down so we can move them all in one bundle.
That would be extremely useful for people with houses in smooth dirt if they want to move the entire house to another place.
I have no idea why I posted this here, should’ve made a seperate thread

Changing the item’s x axis scale flips it, so maybe when scaling is implemented this can be done.