Maybe now we can finally have working escalators in the lobby.

Also check out @donglekumquat’s post, his audio is the gr8est.

An Audial Tour of the Plaza Developments

Make sure you wear headphones!! It won't work otherwise! Foohy and I have had our noses to the grindstone working out this KILLER soundscape and spatialization system. HRTF is an Oculus VR spatialization algorithm that mimics the way your brain perceives natural audio, similar to a binaural recording. Simply put, your brain perceives the direction a sound comes from by the tiny amount of time it takes for the sound to reach one ear, then the other. We hope to have an option to enable/disable…

I guess this means there needs to be a random event where your shoelace gets caught in the Escalator resulting in you getting sucked under and eaten alive, resulting in you needing to respawn.

THANK GOD! now i dont have to walk up stairs like a weirdo!

#The Next Generation is here.

Oh yay! This is so gewd! I’ll enjoy the escalator everytime!

It’s going to be a neat effect. It felt like it was always missing from the current subway station.

One question tough, does this actually causes a static mesh to deform and form the degrees that cause the escalator animation or does it spawn various steps that then move upwards and eventually respawn at the beginning?

It spawns the appropriate number of steps at startup and moves them along a path.

The path is a function that takes distance as an argument, I just modulo the distance so the steps pop back up at the start of the escalator once they reach the end.

EDIT: Also did I mention I made the whole thing in blueprint: 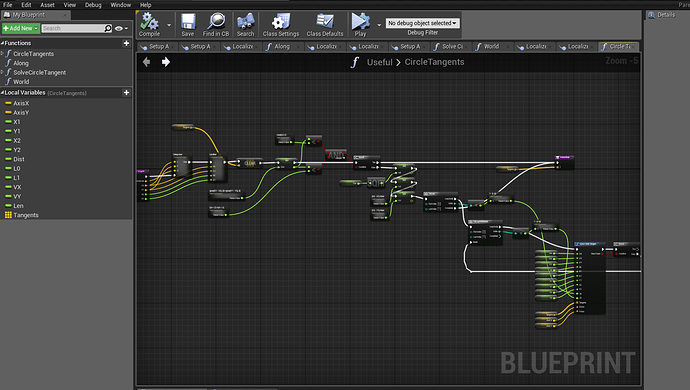 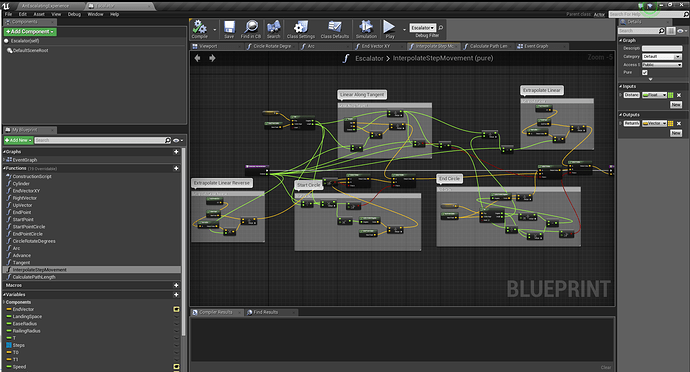 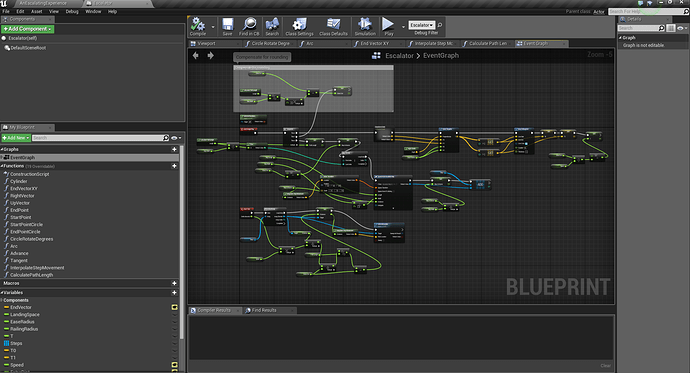 Those blueprints are what make me obnoxious to touch into Unreal’s Blueprints. I am so used to my good Unity code.

Still, the escalator system looks great. I assume that spline with both beginning in end can be modified freely and the step count modified as well. Really good.

Yeah you wouldn’t normally do all that in Blueprint, I just like to push limits.

It’s not actually a spline. It’s 2 circles with connecting tangent lines to form an s-curve.

The step count and size can be modified and you can adjust the start and end positions.

Aren’t tangent lines an s-curve already? Why use two over just one?

Not sure if this illustrates it well enough, but this is how I get the escalator path.

So that’s this thing that i found on the audio video?

(I’ll contribute more to the thread soon, as I am on mobile and holidays right now