A new way of gaining emotes

Can we have a dance instructor in one of the little huts near oasis that would help you unlock emotes?

Heres how it would work.

You would use music sheets, hand them to the instructor, and then you would perform a guitar hero/ osu style minigame.

If your score is high enough, you unlock the emote.

What do you think? Any other ideas?

Weird, I don’t like it. But now I want a dance competition mode in the arcade like Club Penguin: 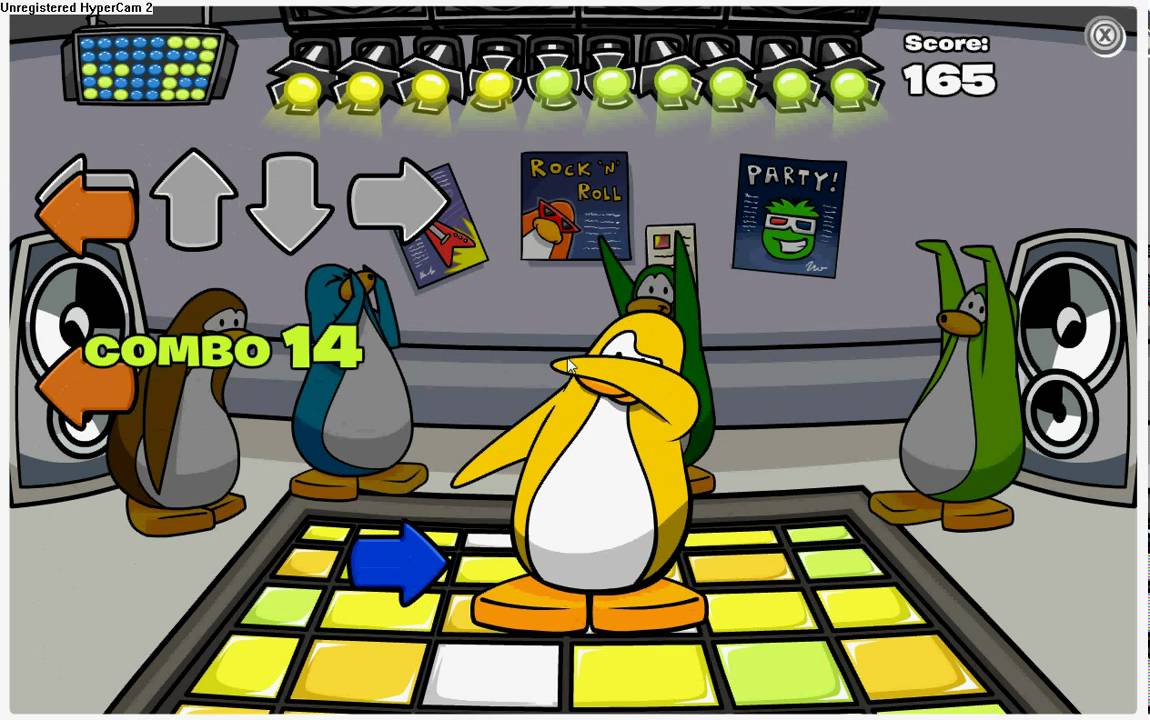 I’m down for purchasing/unlocking some emotes, but having to go through a minigame seems odd and unnecessary. If a music minigame ever does get released, though, I wouldn’t be against having a couple emotes unlocked through it.

You can dab on Club Penguin Island

May we talk about that penguin in the back that is chugging hard?

This sounds terrifying for lag and networking.
… But I want it anyway

I really like the idea of earning, buying, or unlocking emotes, but I’m not so sure about a minigame.
They would be great achievement rewards.

A plaza multiplayer rythm game would be fun, maybe if you could upload songs from youtube/soundcloud and it would make a beatmap for it, although I don’t know much about that sort of thing code-wise, I know Audioshield had something like that where you could upload mp3 files.

I’ve done a lot of work in a previous project where you generate data from music. You have to parse a lot. Generating a beat map dynamically is very difficult and will end up with a bad beatmap.

Alternatively, you could always make custom beatmaps available through workshop - acting kinda like guitar hero and shit like that.