Thanks to the efforts of PixelTail and the community, the $50k goal for Indiegogo was reached. The sheer amount of effort that was put into this is truly outstanding, and to say the community interest was substantial would be an understatement. Even though the Kickstarter failed, the team were certainly determined to make their ambitions a reality. This is why the Indiegogo’s outstanding feedback did not come as a surprise to many.

I just wanted to say, thanks, @macdguy, for the ongoing support you’ve given the community. I can’t wait to see the future of Tower Unite, and i’m sure it’ll be a good one. Thanks to @Zak and @Matt for all the work you’ve put in, that has certainly been noticed. Also, thanks to all the other developers who have helped, as you will also not be forgotten, as the contribution you have made is still mind-blowing. Lastly, Thanks to the PixelTail community. You have been very welcoming, happy, nice and helpful to everyone on the forums.

Yes, there are stretch goals, and i’m sure we can conquer them! Prepare you wallets.

Curses, Paradox! You beat me to it! 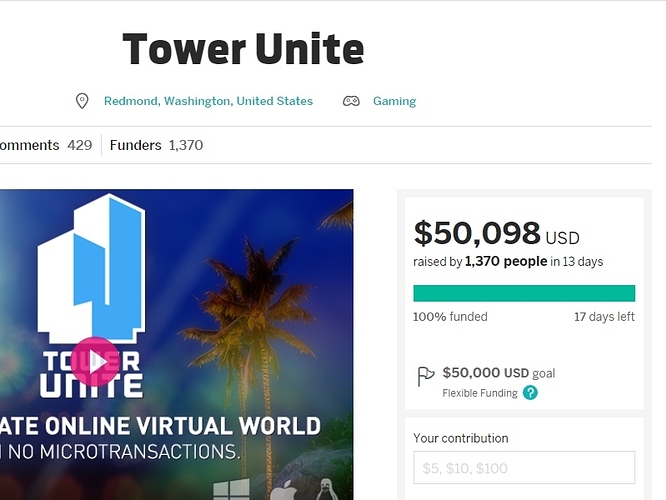 At least I posted the first official screenshot >:^)

Ahaha, I had pre-written this and was just waiting for it to reach 50k

Congrats Guys! Lets hope we can hit some stretch goals too! We got 16 days to go so lets make them count!

My Gyazo failed me

Yess!! I can’t believe we made it so soon! This has been amazing!!

Anybody notice how the $50k funder was “Anonymous”? 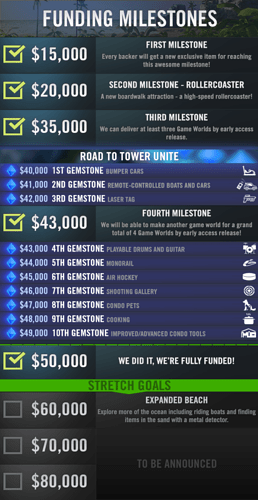 I want that stretch goal

Amazing! Congratulations to all the devs and thanks to all the backers! We’ll have an amazing game without a doubt! Now for those stretch goals

I still want that voice actor of the Stanley Parable

I wonder if Kevan will be the 80K milestone