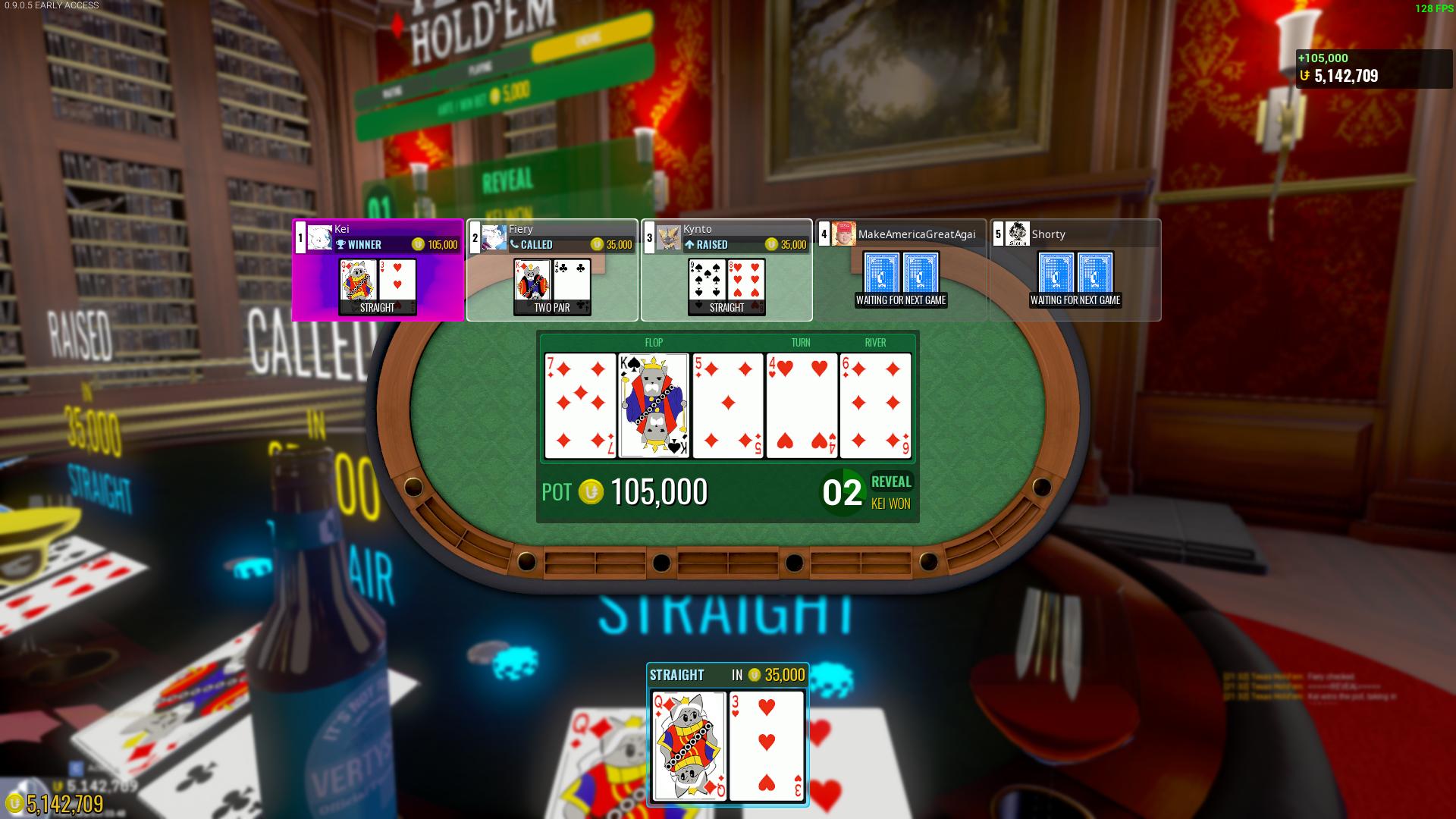 why is this still a thing 3 months after the issue was brought up?

Aces are always high, this was never a bug.

the highest straight here is the 9, but i’m guessing because both “have a straight”, the queen was deemed the winning card, not the highest straight? That’s not how straights work tho… is it? I play poker a lot I’m terrible at it so it could go either way.

That’s the only thing I can think of that might be causing it. The game’s code might be running into a conflict by Kynto having two possible straights at once, so it just reads yours as the winner.

I was referring to the original post they linked, not this one.