While playing a 2-man game of Zombie Massacre, I had to leave and my boyfriend tried to beat the day while I was gone. However, I died and was in a gravestone and he did not revive me and he got turned into a zombie and left the game running. The zombies despawned after some time including the zombie he got turned into. The ghost, projectile-throwing zombies did not despawn however. When I came back, I killed the 3 ghosts that were left and went to the helicopter and the game waited until the timer ended to finish the day, while the camera was spectating what I’m assuming is the place my boyfriend’s zombie despawned. 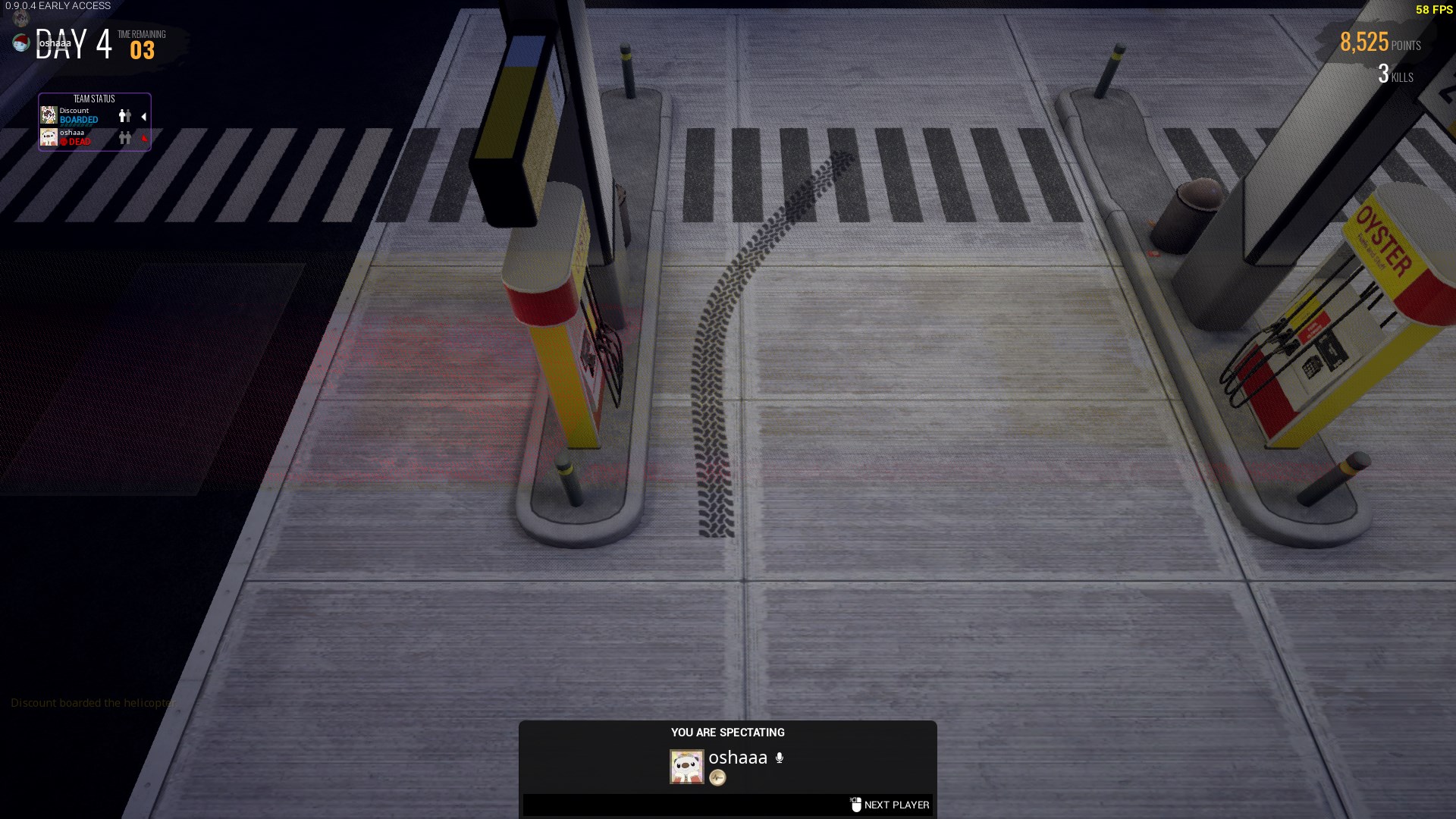 This could have grief potential where the last guy alive does not revive from his tombstone and prevents everyone else from playing the game.