The game will crash consistently when pasting the same URL into a media player after having pasted the same URL before during the same session. This will occur even if the URL was pasted on a different media player somewhere else on the map. I can, however, paste the same URL on multiple media players at the same time without issues, but pasting the URL after a media player finishes the video will allow the crash to occur. This can occur with or without having loaded into another condo, plaza, or game world beforehand. Putting in the same video multiple times before the first one finishes will not crash, though putting in the same video afterwards will. Also, putting in a video that has already been played before after having put in other videos will still create a crash. I have already verified the game files. 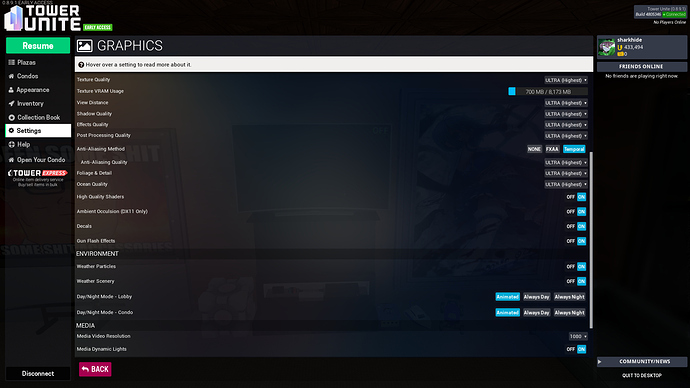