Since one of the recent patches, the music speaker opposite Laser Tag has been floating behind the light post it was previously placed on. 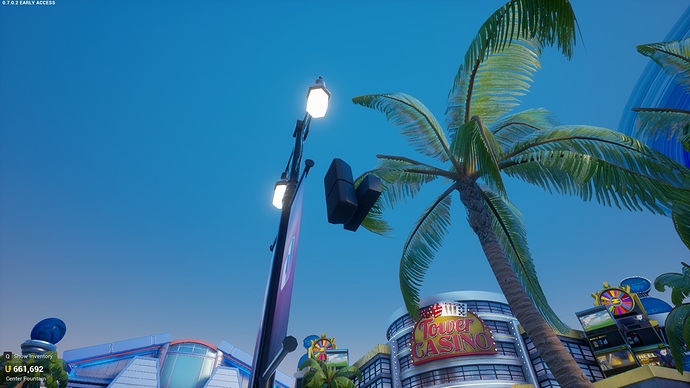 This has already been reported.

I think the screenshot and the title explain it. I think it’s the only speaker on the plaza, but it’s the one on the side with the Laser Tag arena. Not really a bug, but I stumpled upon it and found it quite funny. [20190312230603_1]