Just a few things I found while exploring the new house condo update released in 0.5.0.0.

1: Floor gets stretched in the 1st floor bedroom. 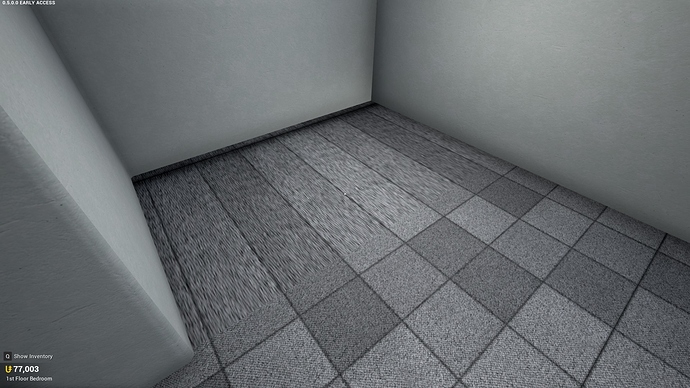 2: Some grass clipping through the driveway. 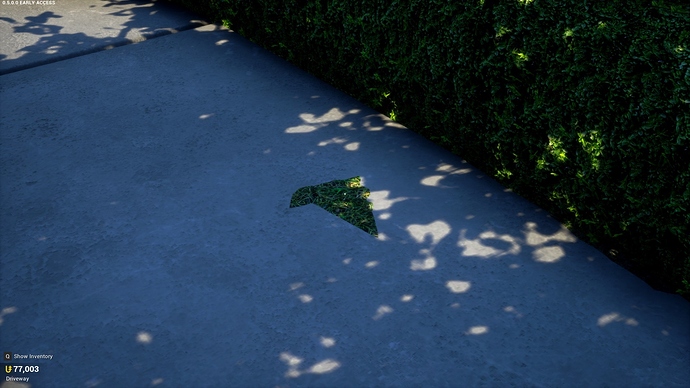 3: Weird dent in the terrain on the side of the house. 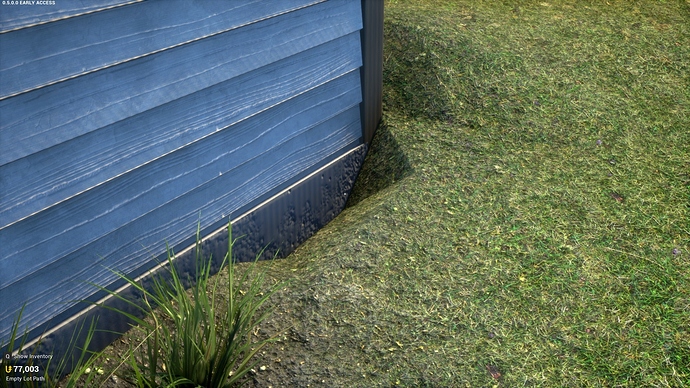 4: You can see underneath the stone wall near the road. 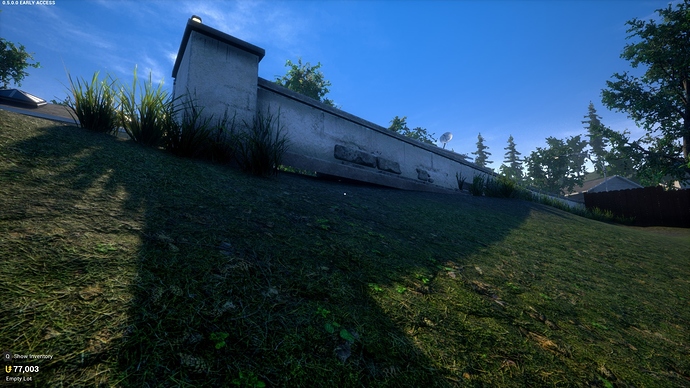 5: There’s a small opening in the invisible wall. (Kinda shown in the picture.) I’d suggest just moving the invisible wall up to the fence instead of awkwardly blocking off most of the road next to an actual playable area. 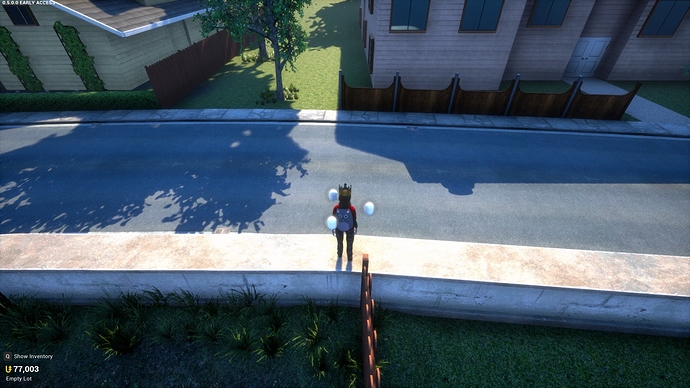 6: There’s a opening in the world right next to the downstairs doors outside. 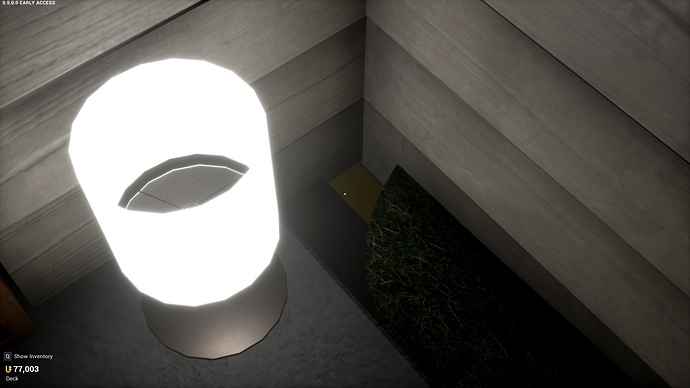