I have been able to successfully reproduce the bug. It doesn’t matter when you enter the condo (either after a few hours or as soon as the game starts up), how long you stay in the condo, or if you’re in single player or hosting for others.

In my condo I have a large TV against the right wall, and I was using it to play a music mix while decorating my condo. This mix is about an hour in length. The exact video I was playing is here: Krewella - Troll Mix Vol. 5 - Get Wet Edition 1h 00m 03s. Basically if I start this video streaming and then attempt to leave my condo (using the default condo) and head to a lobby (Dallas for example) the media will continue playing in the background while the game is trying to load. At this point the game’s memory usage skyrockets. 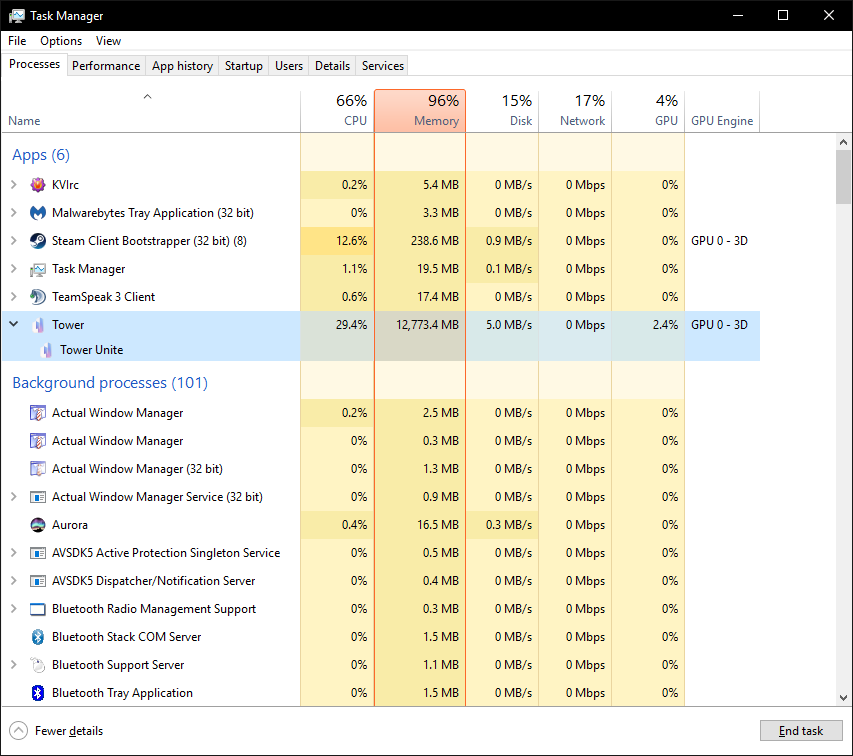 The last screenshot I managed to get before Windows locked up:

5TtdCjW.png3839×1080
Windows was pushing the game’s memory into the page file, which stretched my page file size to just under 41GB, in addition to my 16GB RAM…

Sadly no minidump is generated by the game because it doesn’t crash (amazingly) during this, but windows locks up pretty badly and eventually my monitors turn off (GPU/Driver crash?) and I have to hit my PC’s reset button to do anything at that point. The last screenshot there (with 2 of my monitors) was captured right before the monitors shut off (Print Screen, ShareX was already locked up), and was saved from RAM deletion by Ditto.

So yeah, don’t load an hour long video and then attempt to leave while it’s still playing I guess? It seems like the media session doesn’t get terminated when the host leaves, and then problems start there. I haven’t attempted this as a client in someone else’s condo. I also haven’t attempted this with shorter media. Maybe <5-10m songs and videos won’t do this.

Related Thread that I couldn’t reply to because the topic is closed, but appears to be the same/similar issue.