[0.16.2.0] Entering math in to the Manipulate windows while it is set to Relative applies the transform as if Global is selected

It’s a tricky one to explain, so I will try and break it down to make it easier to understand

While you have an object selected, entering math in to any of the Manipulate’s Position fields will transform the selected object by the given amount of map units

For example, if I add +64 to this object’s X position, I expect it to be transformed +64 units along the X axis

Normally, this is the fine, and is the expected behaviour when Manipulate is set to transform relative to the world’s rotation (while in Global mode)

But something isn’t quite right when I attempt to transform an object’s position in the same way, when Manipulate is set to transform relative to the selected object’s rotation (when in Relative mode)

Here I have rotated the object to a 45° angle, and using math in the Manipulate window; I want to transform the object +64 units along the object’s own X axis – in the direction indicated by the gizmo’s red forward arrow 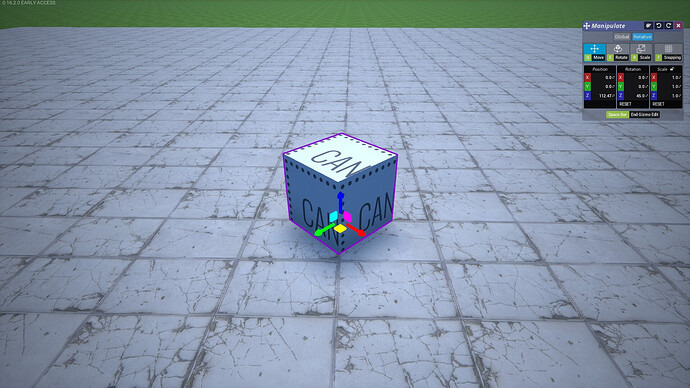 This is what happens when I attempt to enter math in to the Manipulate window to transform the selected object +64 units along its X axis, based on its rotation (when in Relative mode)

As you can see, the transform is still applied based on Global rotation despite having the option selected to transform it Relative to the object’s rotation 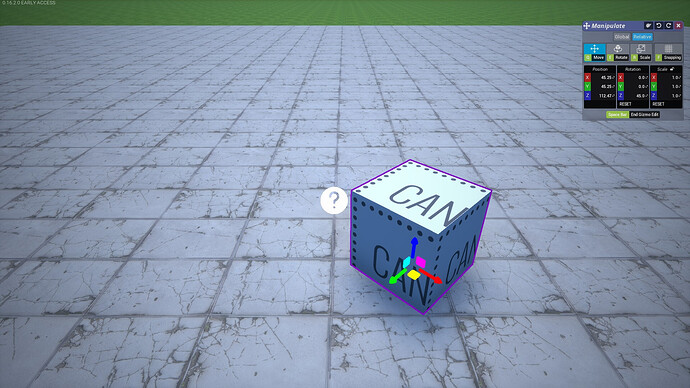 This was accomplish by pre-determining where the object’s position should be in a third party app (in my case by recreating the same scenario in Doom Builder – see screenshots below, GeoGebra can also be used), or by using sine/cosine/pi trig functions to rotate, align, and move a point along an axis

Load in to a Condo, place an object, select it, set Manipulate to Relative mode, enter math in to the Manipulate window to attempt to transform the object’s position along its own axes

Other misc notes about the bug. Picture or videos would be much appreciated! 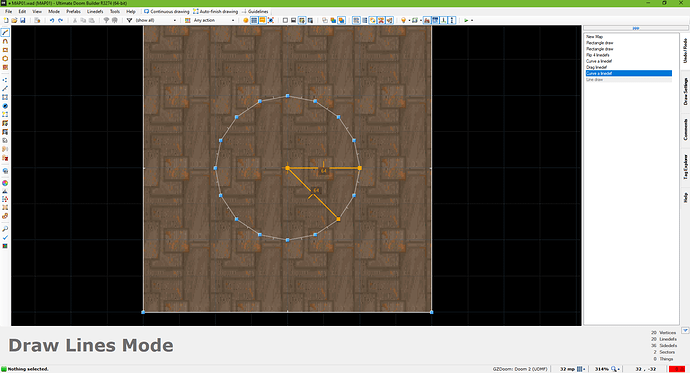 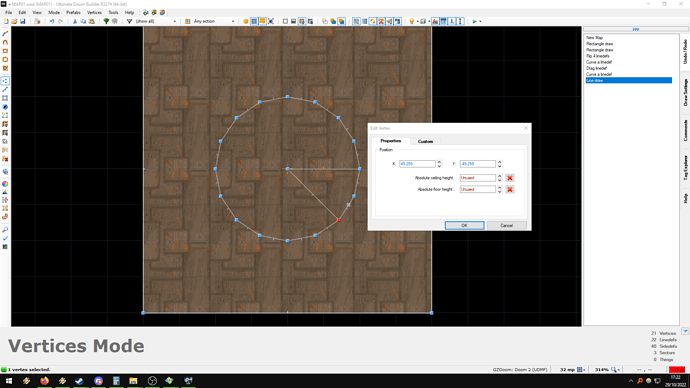 This doesn’t seem like a bug at all. The coordinate numbers are always global, it’d be weird if entering math worked differently in relative mode. You can already add transformations based on the item’s relative rotation with the Transformer tool, too.

When there’s multiple ways of doing things, I just like some consistency in each method is all

The coordinate numbers are always global

Sure, but this is never explicitly made clear. When switching to Relative mode, I was under the impression that entering math in to the coordinate numbers would correlate with the selected object’s axes, especially considering the Gizmo arrows and the Manipulate X Y Z position fields are colour coordinated the same way

You can already add transformations based on the item’s relative rotation with the Transformer tool, too.

Sure there is that, which to be completely honest I just keep forgetting that option in the Transform tool is there because I am dumb, and I don’t use it much except for on a semi rare occasion where I want to bulk move a bunch of objects by a few map units

Sometimes hotbars get full and accessing the transform tool would mean swapping something else out for the Tower Glove, and sometimes I don’t want to do that because I am lazy, whereas Manipulate/Gizmo is conveniently always there regardless

It would take some getting used to for some, yet it’s already weird enough for me that math transforms in relative mode are treated as global

Sometimes, and on a rare basis, it’s difficult to determine if something is a bug or is intended behaviour

In most level editors, the transform input boxes are always global, which is the case with Tower.