[0.16.0.0] Not gaining money from horse betting, instead having it subtracted

Summary of bug in title

Just gotta play it, at least for me I guess.
I have continued to lose payouts from horse betting, despite friends on the same server (US West 4) using the same strategy and getting the payouts while I do not. At least that’s what they’ve said in voice chat when using the exact same bet. I’ve lost an estimated around like 2mil from that just not going through, still making decent money though at the least (nerf this game man).

Me to receive my payouts

Money was lost instead

P.S: To clarify, most of the time I gain the money then it is immediately subtracted, but I coulda swore that there was 1 or 2 times where I didn’t gain the money at all and just had it subtracted. No confirmation on that though.

This happened to me as well. Lost out on 400k. Seems to happen on other new games not just horse race.

There is a pickpocket lurking around the horse race track! See screen capture: 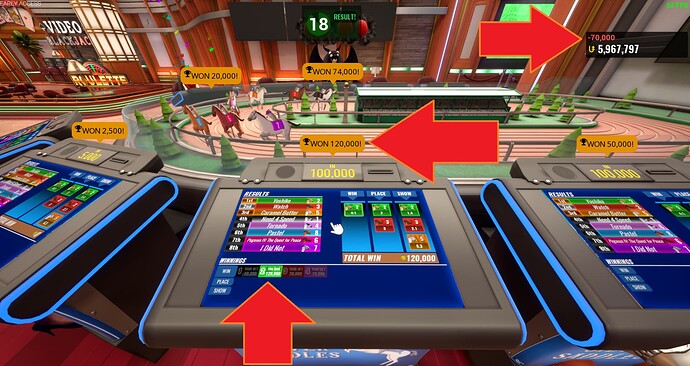