[0.15.1.0] Knocked over bowling pins at shallow angles persist to next throw

If a bowling pin is hit and is in the process of falling over, but doesn’t tip over far enough before the pinsetter comes down, it gets picked up and set down at the same angle during the next throw. During the next throw, physics resumes and the pin falls down as normal.

Hit a bowling pin on the first throw of a frame, but have it only tip over at a shallow angle before the pinsetter comes down.

The pinsetter does not pick up the pin that’s falling over, or picks it up but resets it back to an upright position.

The pinsetter picks up the pin and places it down at an angle, causing it to fall over during the next throw (once physics for the pins are re-enabled), even when it’s not hit directly. 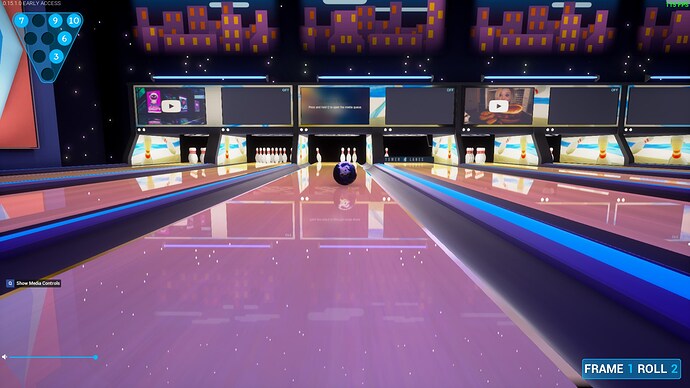