You’ll have to go to third person and back to first person to fix model having head in first person (which is another bug to fix). Then in the mirror you see your model lacking same parts it does for you in your own camera 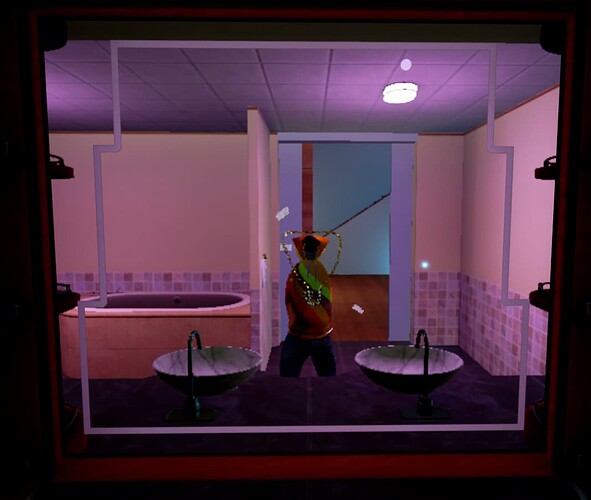 This is a tricky one to resolve. We need to rework how the model is rendered in first person to fix this.

I imagine you just have to slam another model in there for mirror and set it in a separate graphic layer which wouldn’t be rendered by the player camera but would by the mirror one
Well, that’s how it’d work in unity, so i guess similar thing should exist in UE