With the latest update, passenger seats were added to the Drivable Helicopter. However rather than being passenger seats, there is instead one driver seat that the would-be passenger hijacks from the current driver. This creates the odd bug of RC playermodels remaining, even after being automatically respawned.

I expected the second player to be a passenger in the helicopter.

The would-be passenger instead hijacks the helicopter which leaves RC-using clone playermodels behind.

Even with the camera equipped, the “Leave Helicopter” prompt continues to stay on screen despite no longer being in the helicopter, this prompt does not get fixed when entering-exiting the helicopter again.

The prompt and clone models are erased when the Drivable Helicopter is stashed. 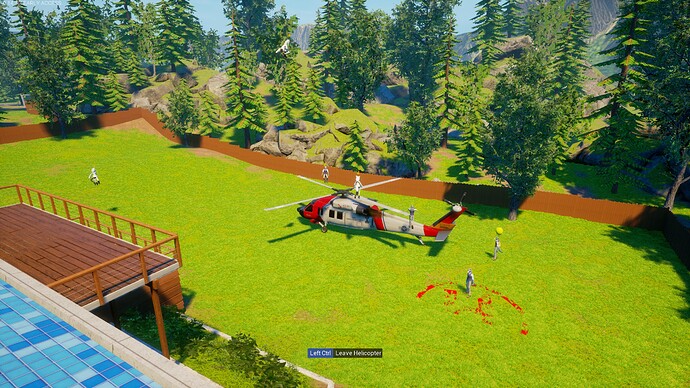