[0.13.2.0] Community/Quit to Desktop Buttons Cut Off When Playing on GeForce Now 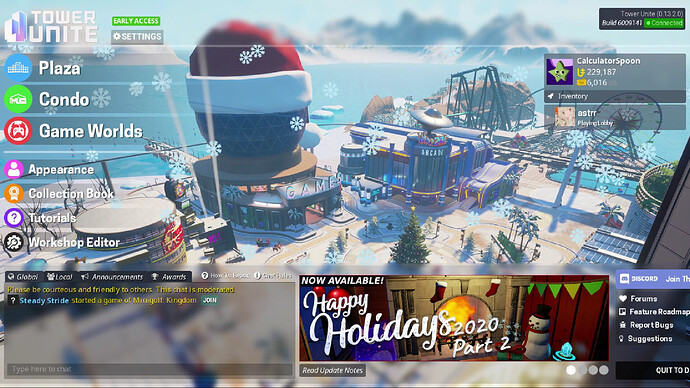 I’m just assuming this is because of whatever resolution TU is being streamed in, but I thought I’d report it anyway

EDIT: the resolution shown in the screenshot is 1366x768 (or at least that’s what it was set to when I booted it up, I tried changing it and nothing happened so I’m just assuming there’s some option in geforce now where I can change the resolution or something).

EDIT 2: this issue doesn’t happen in the pause menu, I’m guessing because the chat and news aren’t in that menu so they can’t push the community/quit buttons off-screen