There’s a few locations that have wack reflections. So sorta piggybacking off of this post, I’m gonna drop some of the ones I’ve noticed here.

The Tower Lobby is just white. 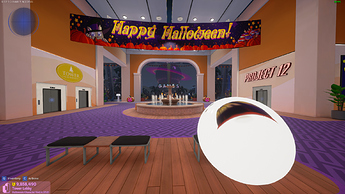 Jungle/Minigame Area doesn’t have any, so it just uses the one in the center of the main plaza. 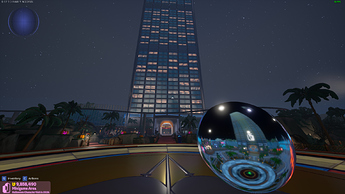 Neither of the Pool SIde Houses have any, but Oasis does. 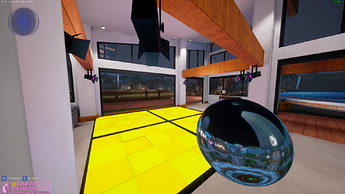 The Beach Side Pond does’t have any, so when moving the camera while fishing it can be a bit jarring seeing the tower reflecting from the wrong direction. 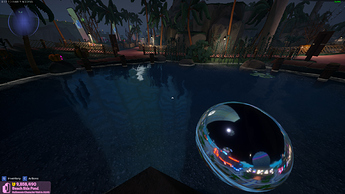 The upper glass section of the Outdoor Art Exhibits and Seasons show up as white. (And also the tower is there twice, which I just noticed. It’s white in the east stores cubemap, but not the west one.) 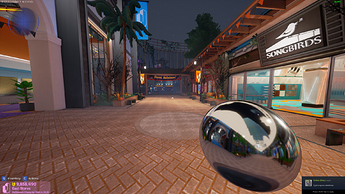 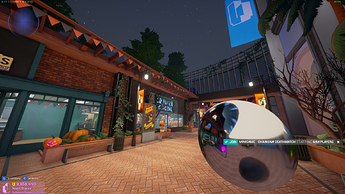 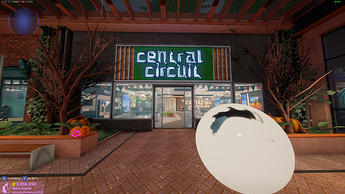 Most of the Boardwalk uses the default center plaza one. 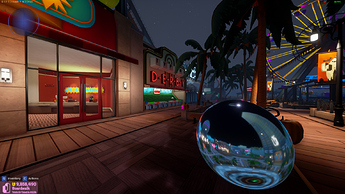 image1920×1080 757 KB
which is sorta weird because there is a cubemap for the Boardwalk, but it’s only over the middle glass thing over the water. 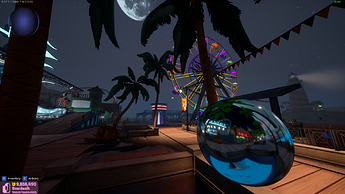 Project 12 also doesn’t have any. 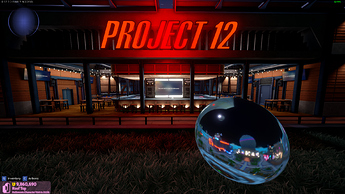 And those are all the ones that I’ve found that aren’t super nitpicky regarding the zoning/positioning of them.

This is cool and all but what are you holding? 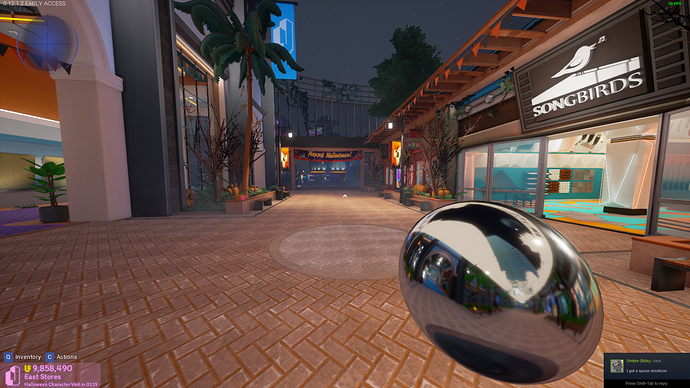 Umbre got a spoon emoticon.

Okay, so this is sorta quirky. Right now (0.12.2.2) the Halloween reflections are still there, but so are the Holiday ones as well. 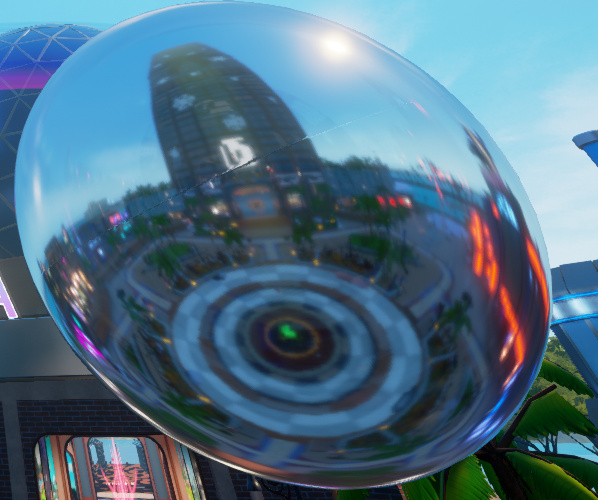 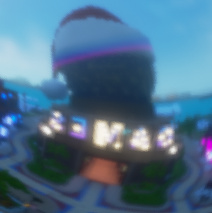