I’m not sure what exactly happened, but the effect was that the spin part activated before I had put a proper input into the aim part, causing me to be unable to shoot.

My mouse has been having an odd problem where left clicking occasionally double clicks exceedingly fast. Perhaps this caused the bug, but I can’t say for sure. What happened was that I clicked to set the position of the ball, and the aim appeared for only a frame or two (at most) before going straight to spin. However, since the ball hadn’t been aimed, my character wasn’t going in to shoot. As such, I was stuck applying spin and unable to shoot. Moving the mouse down and up did not fix the problem. Luckily, the time out stopped my from being infinitely stuck, so I was able to continue (albeit with a 0 frame).

This has only happened once out of the two games I have played thus far. 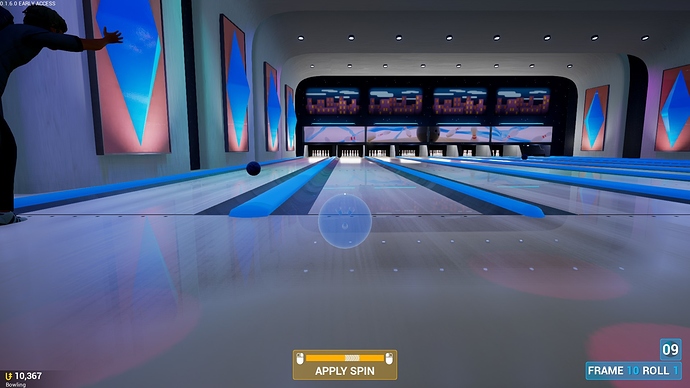 As you can see, there is no shot line nor is my character attempting to shoot even though the spin bar is up.